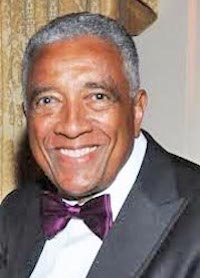 February 11 is the date set by a judge in New York to hear legal arguments on the US$100 million lawsuit filed by the Marryshow family of Westerhall, St. David against top hotelier Sir Royston Hopkin and several other prominent Grenadians.

A well-placed source told THE NEW TODAY newspaper that the judge has notified lawyers for both parties of the date next week in which he is prepared to hear their “oral” legal arguments on the issue of jurisdiction.

The Marryshows have resorted to legal proceedings in New York on the grounds that Sir Royston has ignored two court rulings in their favour with respect to their entitlements in the estate of late Grenadian lawyer, A.O Payne, the grand father of the top hotelier.

At the centre of the controversy is the manner in which the shares from Oliver’s Investment which was established by Payne to manage his multi-million dollar empire in Grenada was distributed.

The Marryshows’ became a beneficiary of the Estate through one of Payne’s daughter who left her entitlements to one of their family members.

Sir Royston has hired high profile U.S attorney-at-law, Natalie Reid to try and get the court to dismiss the case on the grounds that the United States is not the proper jurisdiction to hear a matter that involves Grenadian parties.

This newspaper has seen legal papers filed by Reid in which she is suggesting that the courts of Grenada are the best place to deal with the matter.

On the contrary, U.S attorney Howard Rabin has alleged on behalf of the Marryshows’ that fraud was allegedly committed in New York by one of the defendants with the proceeds of the Estate left behind by A.O Payne.

According to papers filed by Rabin, the Marryshows have legal status in New York and that New York Courts “take special care to protect the rights of New York residents who choose to pursue their claims in New York”.

“The Plaintiffs (Marryshow family) here are New York residents suing a New York defendant for an alleged fraud that occurred in New York.

The allegedly fraudulent transfer involved shares in the Defendant company (Oliver’s Investments). The sham transfer was orchestrated by the Grenadian defendants (“Foreign Defendants”) but the fraud, and notarisation of the allegedly fraudulent transfer documents, took place in New York at the Foreign Defendants’ direction and behest and for their financial benefit”, said the court document.

“In addition to their involvement in the specific wrongful acts at the root of this lawsuit, the evidence will show that the Foreign Defendants have substantial and purposeful contacts with New York,” it added.

Sources told THE NEW TODAY that only lawyers are mandated to attend next week’s court hearing but a family member of the Marryshows’ is planning to leave the island this weekend to fly to New York for the hearing.

Speculation is rife that Sir Royston might not be travelling to New York for the hearing due to health issues.