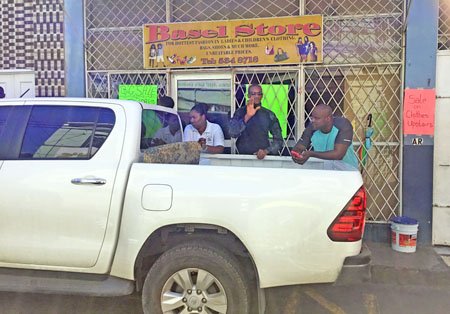 Under invoicing continues to be a headache for Grenada’s Customs and Excise Department and officials have said they are continuing to be vigilant in tracking down offenders.

Last week, Basel Store, a retail operation at lower St John Street, St George, selling clothing and other items was among the latest to have Customs officers descend on them in a mid-morning raid.

The storeowners are suspected of under-invoicing in order to evade taxes.

Customs and Law Enforcement officers participated in the raid and the store manager at the time, whose name has not been given, was escorted away.

When contacted, the Customs and Excise Division declined to comment on the specific case.

However, acting Comptroller Karen Forsythe said the action at the store was “the usual work that we do to ensure the regulations are followed”.

The identifiable avenues for money laundering in Grenada are drug trafficking, fraud, and under-invoicing.

It is estimated that loss in revenue as a result of the practice of under-invoicing is in the millions but a specific figure was not available.

Andall and Associates, the supermarket chain at the centre of a tax evasion scandal involving non-payment of VAT, was also penalised some years ago after an estimated $17-million in under-invoicing was detected. The business was asked to pay back about half that amount.