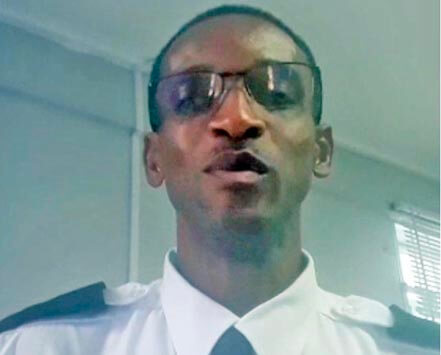 The Customs Department within the Ministry of Department is starting to bring in much-needed revenue for the Keith Mitchell-led New National Party (NNP) administration in the Botanical Gardens.

According to Acting Comptroller of Customs, Algernon Belfon, the department was able to meet its set target in April, the first time it was able to do so since the coronavirus pandemic struck the island just over a year ago.

Addressing custom officers at one of their regular briefings, Belfon told the men and women under his watch that they should congratulate themselves for bringing in the revenue for government.

He said that “We have collected the prescribed amount in duties and taxes” for the State for the first time since the 2020 pandemic.

“We also want to give congratulations to the Grenville Port – we know that it is difficult in these areas,” he said.

In addition, he said that the Customs officers are performing well in revenue collection at Compass Shipping on the Lagoon Road, Fedex in Tanteen, as well as DHL on the Carenage.

“Yes, we have collected the revenue but we must also remember and realise that this was not just done only because of contributions by paid business entities but it was done because of our own efforts and I applaud you for that and I want you to continue to labour,” he said.

“I want to thank the DOCs (Deputy Comptrollers of Customs) who have been in charge of the various departments and who have motivated and supported you. Thanks to you as well,” he added.

This information about the uptake in government revenue would be closely monitored by public sector unions that are currently engaged in a battle with the Mitchell-led regime on its failure to honour an agreement to start paying civil servants a 4% increase in salaries from the end of January.

The government has argued that the Treasury is empty due to a downturn in business activities on the island from Covid 19.

In the face of protest action mainly from the Grenada Union of Teachers (GUT), the Mitchell government promised to honour the agreement no later than December 30, 2021.

Belfon singled out the Customs officer stationed at the Amerijet Warehouse at the Frequente Industrial Park in the south of the island for being “very successful” in helping to arrest a situation in which some people were engaged in making false declaration on imported goods.

“Congratulations. Keep up the good work,” was the message from Belfon to the Custom Officer at that posting.

The new Customs boss told staffers that the Ministry of Finance has agreed to allocate funds to tackle the problem of fungus and mold that has taken over Customs House on the Carenage.

He praised senior Customs Officer Karen Forsythe and her team for the work in helping to draw this issue to the attention of the authorities.

“The Ministry of Finance has approved the repairs for that aspect of the building so please look in the very near future (as) the repairs will begin and so we can treat this mold and the termite situation with the Customs Building.

Belfon also made some passing remarks on the work of the Grenada Ports Authority (GPA) especially in the area of increased penalties and for being more alert in successful searches and in identifying unregistered business persons.

“I am very proud of you all – you all have done this country proud. Let’s continue to work together,” he said.