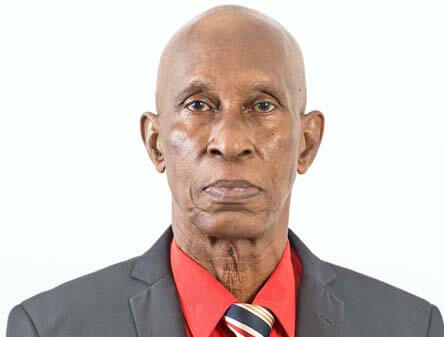 The sudden resignation of Charlie George as President of the Grenada Olympic Committee (GOC) has reopened “old wounds” in the corruption-infested organisation.

The long-standing sporting administrator tendered his resignation on Tuesday night at about 10. p.m. less than three months after replacing Royston LaHee who served in that capacity for 38 years.

George, La Hee, re-elected General Secretary Veda Bruno-Victor, and past Treasurer, Kingsley Ashby, came under intense scrutiny in the wake of a grant of EC$440, 000.00 that came from an arm of the International Olympic Committee (IOC) that remains largely unaccounted for over the past decade.

A high-level source within the organisation told THE NEW TODAY that he was not too surprised over the resignation of the President since the election of several new persons in October to serve on the executive would have posed problems for the “old guards” especially the manner in which they have been conducting the business of the organisation for years.

He spoke of information coming out of meetings of the Board of Directors that the “old guards” were trying to spend money in the usual manner but that the newly elected Treasurer was pushing for a process that called for greater accountability.

“What am hearing is that apparently it is business as usual…and spending – how they want to go about it. Some of the new guys say that’s not going to happen. If you are going to give out work from the organisation, first of all you must have a process. So, the new Treasurer who I know very well doesn’t function like that,” he said.

THE NEW TODAY understands that several persons made last minute efforts to persuade George on Tuesday night to hold back on his resignation but failed to do so.

In his resignation letter, George said that GOC is now a fractured group following the election and he could no longer work with some of the other members on the executive.

The letter said in part: “Some members of the BOD behave as if they were in the marketplace or fish house and have exhibited little respect for the presidency. Members have brought to bear seemingly personal grievances at meetings. One expects that there would be differences of opinion but also that these differences would be resolved in a gentlemanly and democratic manner.”

“Instead, there was name calling, threats, and very often downright disrespect. Generally, a sense of hostility prevailed. An outsider listening to any of these meetings would never believe that adults at such a level would behave in such a manner. As Chair of these meetings, I have been non-combative and have attempted to be as dignified as possible in the circumstances. At present, the BOD is a fractured unit from which little will be achieved as it now functions.”

“Your humble servant has come to the conclusion that some members of the BOD have no interest in furthering the cause of Olympism in our tri-island state, no interest in the improvements in our national associations or athletes, but a yearning for power, recognition, status, representation of the GOC in meetings and for abroad – trips outside the state.”

“I urge national associations to be extremely careful of persons vying for elected office in the GOC. Do not just accept their utterances, promises, professional or other qualifications, but attempt to search their souls to find the motivation behind their seeking office”.

According to a well-placed GOC official, he suspected that George was taking shots at newly elected executive member, Ralph Lord, who lead a probe into the IOC money issue and submitted a damning reporting against the handling of the funds by General Secretary Bruno-Victor.

The source also mentioned to THE NEW TODAY a potentially explosive issue surfacing with the committee on plans to build a swimming pool at the national stadium at Queen’s Park.

He said a Project Co-ordinator has apparently been selected for the job by an executive member of GOC without going through a bidding process.

The official indicated that the committee is riddled with corruption with evidence pointing in the direction of affiliated sporting organisation voting at the AGM for persons to serve on the executive in exchange for financial favours for their sporting bodies.

“It’s going to be a long time before this thing comes back on stream,” he said.

George’s sudden resignation could also result in a constitutional crisis for GOC.

Under the constitution of the organisation, the immediate past President becomes an ex-officio member of the executive and the position is currently held by La Hee who might have to step aside for George who does not want to be associated with the other executive members.

The GOC executive is said to be planning to hold a press conference before the weekend to brief the public on the latest turn of events with the sudden resignation of Charlie George.