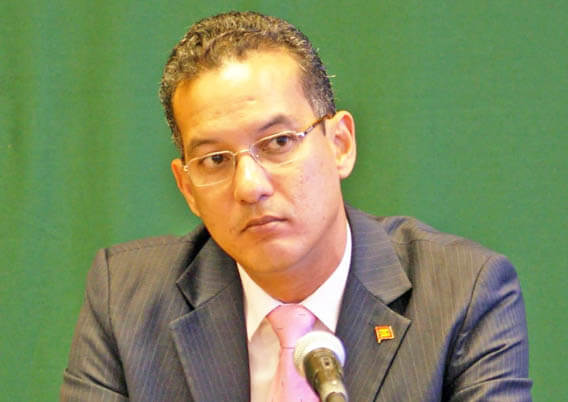 A key member of Grenada’s team engaged in the fight against the novel coronavirus has laid the blame at the feet of the Ministry of Health for the current super-spreader of the deadly virus that has now engulfed Sandals resort in the south of the island.

Grenada has seen its Covid-19 figures soared to over 80 from 41 within a week with the discovery of a cluster of the virus at the hotel.

According to the team member who did not want to be identified, the Ministry of Health was too “slack” in the manner in which the Covid-19 protocols were being implemented to ensure the safety of guests and the workers at Sandals.

He faulted the Ministry of Health for not being engaged in regular testing of guests once they left the Maurice Bishop International Airport (MBIA) and to enter Sandals for their stay on the island.

“That is what happened. If they were testing them they would have picked up the cases much earlier,” he said.

“If you put protocols in place you have to keep it up,” he added.

The Team member insisted that if testing was done on a consistent basis then the guest who is suspected of passing Covid-19 onto the local worker from Post Royal in St. Andrew who then spread the virus to other members of her household, would have picked it up in advance and to prevent the crisis.

He said that as it currently stands there is no way that Grenada is sure that the suspect from Sandals end is still around or left the island already.

According to the Team Member, the widespread belief among Grenadians now is that Sandals was getting some kind of “special treatment” from government in the manner in which the Covid-19 protocols were being implemented at the resort.

He spoke of holding a conversation with a senior staffer at the resort who indicated to him that “they’re doing a lot of stupidness down there”.

He lamented the fact that as soon as the guests depart the plane at MBIA they are taken straight to Sandals without any testing at the airport for the virus and even at the hotel itself during their entire stay.

He said the staffer indicated to him that some guests might be tested after 7 days at the resort.

“That is stupidness. That is putting the workers at risk especially those housekeepers. They are the ones who have to go in the rooms to clean up the rooms and do all the necessaries,” he told THE NEW TODAY.

The official made mention of reports circulating in some quarters about possible corruption taking place with the handling of the coronavirus pandemic on the island especially among employees at the level of the Ministry of Health.

He alluded to reports of some staffers giving certain people preferences to open their business when they do not even meet the criteria and Covid-19 protocols.

He said that a lot of people at the top of the Covid-19 National Team get blame for some of the things that are taking place but they do not really know what is happening at the ground level.

“These guys in health they don’t know what they’re doing – they are not ready yet. A lot of stupidness (is) happening,” he remarked.

The official said he hoped that the Sandals incident would help “to wake up people” and to “prevent them from going back in the shell” and to really focus on bringing the Covid-19 outbreak on the island totally under control.

An insider at Sandals has told THE NEW TODAY that some top government officials often visit the resort for free food and drinks especially since its re-opening after the virus was first detected on the island in March.