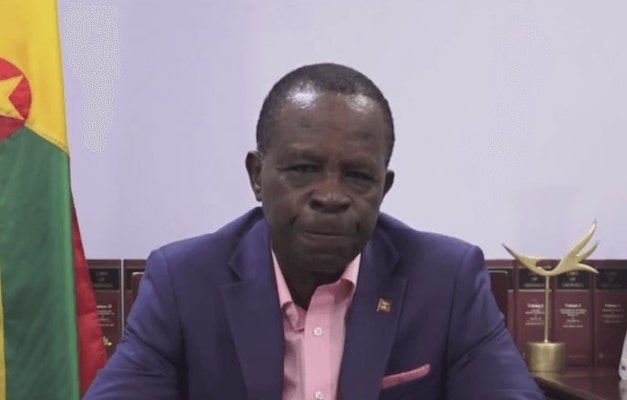 Grenadians will face increased restrictions this holiday season after a major spike in COVID-19 infection.

The restrictions have come just one day after the Ministry of Health confirmed that one of the hotels in its ‘hospitality corridor’ programme was ground zero for a new wave of COVID-19 transmission that has affected people in several different areas of the country.

The number of confirmed cases has jumped to more than 70 overnight and Acting Chief Medical Officer Dr. Shawn Charles on Sunday said the number is expected to increase significantly.

The situation has increased the chances of community spread of the virus which has not happened since the country was first affected by COVID-19 in March.

One household of thirteen people were infected by an employee who went home to her family after working at the hotel.

In announcing the curtailing of movement and business during the Christmas season, the Prime Minister said, “the magnitude of the newly identified cluster signals in no uncertain terms that it cannot be business as usual this Christmas season. It would not be wise for us to sacrifice a few moments of pleasure for monetary gain only to face possible severe health consequences and even death in the after.”

PM Mitchell told Grenadians that the restrictions are “short term adjustments to protocols to prevent the situation from escalating”.

The restrictions which are being imposed without declaring a State of Emergency includes a ban on all social gatherings of more than ten people, postponement of all sporting, cultural and community events for the next seven days, the closure of non-essential business places by 10.00 p.m. and stopping all public transportation by 10.00 p.m, except with permission from the police to transport essential personnel, while restaurants must return to offering only takeaway service.

According to the Prime Minister, there could be further restrictions  on the public if the government is not satisfied with the level of compliance.

“The general level of compliance with the new regulations will determine our next course of action. That is whether or not we have to escalate those measures,” the Prime Minister said, adding that, “A nationwide shutdown is not a preferred action”.

Prime Minister Mitchell failed to acknowledge the inherent risk in its ‘hospitality corridor’, which led to the current crisis but said there was a breakdown in the application of the protocols.

The government-sanctioned ‘hospitality corridor’ allows visitors to go directly from the airport to their hotel without being tested for the virus at any time during their stay and to mingle freely with other guests and hotel staff.

In the 25 minutes address, the Prime Minister admonished Grenadians, calling on them to not sacrifice lives in pursuit of making money and questioning whether it is worth a few dollars to jeopardise lives.

The ‘hospitality corridor’ is one of the measures implemented by the Mitchell Administration to kick start the tourism industry, following a drop in the country’s revenue of more than $200m.