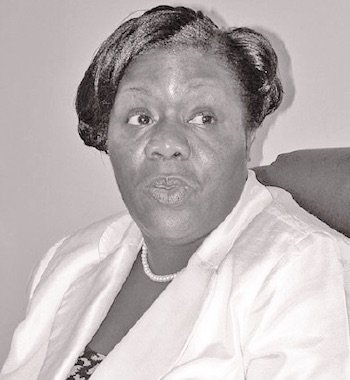 Dismissed Cabinet Secretary, Gemma Bain-Thomas is due to collect over half-a-million dollars in salaries from government by 2025.

THE NEW TODAY has seen the copy of a Court Order that was assented to by the Keith Mitchell-led government as part of the settlement reached with lawyers for Bain-Thomas who was forced out of the post by the Prime Minister when he returned to office in 2013.

This is in addition to the $75, 000.00 that would be paid to the former top civil servant as agreed two weeks ago in court.

The half-a-million order, dated October 10, 2018 was agreed upon five months ago before a sitting master in court, Ermin Moise.

Following are the details of the agreement:

UPON AN APPLICATION by way of Notice of Application dated December 28,

terms set out in the signed Agreement dated October 9, 2018 in full and final settlement of the Special; Damages and awarded Costs to date

IT IS ORDERED BY CONSENT that:

(1) The Government of Grenada shall pay to the Applicant, Gemma Bain Thomas, the sum of $656,108.00 by way of Special Damages being her expected Salaries and Allowances for August 2018 to March 6, 2025, and 50% Duty-free Concessions on a Motor vehicle.

(2). The Government of Grenada shall pay to the Applicant, Gemma Bain Thomas, Pension benefits in accordance with her constitutional entitlements as from March 7, 2025 in accordance with the Pensions Act, Chapter 233 of the Continuous Revised Edition of the Laws of Grenada.

(3) The Government of Grenada shall pay to the Applicant, Gemma Bain Thomas, costs in the sum of $16,000.00 being the total costs awarded by the High Court and Court of Appeal and for Filing the Application dated December 28, 2017.

(4). The Applicant shall file and serve submission with authorities in support of the assessment of General or Vindicatory Damages on or before October 29, 2018

(5). Respondent shall file and serve submission with authorities in reply on or before November 23, 2018.

The assessment of General or Vindicatory Damages is adjourned to December 13, 2018.

THE NEW TODAY understands that the Mitchell-led government has put forward a proposal to Bain-Thomas’ lawyers to pay off the over half-a-million dollars in quarterly payments of around $27, 000.00 which has been rejected.

A source familiar with the case told this newspaper that Bain-Thomas considers the proposal as “a back door” attempt by the government to put her back on the public monthly payroll instead of paying her a substantial amount and severing ties between her and government.