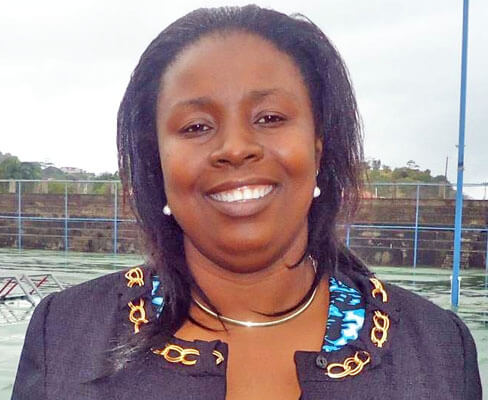 A high court judge in Grenada has started hearing a case brought against the State by a female Permanent Secretary who levelled allegations of “ghost payments” being made under the SEED programme for the poor and vulnerable in the Ministry of Social Development.

Acting Permanent Secretary Veronica Charles has hired the law firm of Lex Fidelis, involving former Finance Minister, Nazim Burke to challenge the manner in which she was bundled out of the ministry that is headed by Member of Parliament for St. Andrew North-west Delma Thomas.

THE NEW TODAY understands that Charles refused to process some SEED payments to persons considered to be “poor and vulnerable” since a check made by officials in the ministry could not locate these persons on the payroll.

A source familiar with the case said that the Acting Permanent Secretary took the position that these were “ghost payments” and would not go along with those who were pressing her to approve the payments.

Within days of refusing to give approval to the so-called “ghost payments”, Charles was removed from the ministry and placed in the Department of Climate Resilience and considered the move against her by the Keith Mitchell-led New National Party (NNP) government as amounting to retiring her from the public service.

Despite being the most successful political party in electoral politics in Grenada in the past 26 years, Prime Minister Mitchell and the NNP have been dogged by constant allegations of corruption and wrongdoing while in public office.

In speaking with Attorney Burke Thursday, he said that the issue of these “ghost payments” is included in the affidavit before the court by Head of the Public Service Commission (PSC), Beryl Isaac who was party to the decision to remove PS Charles from the Ministry of Social Service.

Related:  Debra St Bernard is back as head of the Public Service Commission

According to Burke, Charles was working in the ministry for 19 months and Isaac called “her office one day and told her it’s over – just so”.

Burke admitted that Isaac did raise the allegation of “ghost payments” in her affidavit filed before the court but his client did not refer to that in the case which she filed against the State over her status as a public officer.

According to the former Finance Minister, it appears from the case that some people in the government “were playing around with SEED (money) and she (PS Charles) decided to put an end to it”.

“Beryl raised it (ghost payment) in her affidavit so it might come out (in the trial),” he said.

“The details of that (ghost payments) is not in the document (lawsuit)… we did not plead that as such but it will come out (in the trial) because there is no question about that,” he told THE NEW TODAY.

Burke is believed to be relying on the same set of argument used by Lex Fidelis to defeat government in court on the manner in which Cabinet Secretary Gemma Bain-Thomas was unconstitutionally removed from the position within days of Prime Minister Mitchell returning to power following the 2013 general election.

The Charles matter started Tuesday before the high court where preliminary points dominated and is due to resume next week Friday in earnest.

When contacted by THE NEW TODAY, PS Charles was reluctant to comment on the issue.

She said: “I prefer not to speak on my situation at this time. My lawyer is Nazim, Burke, you can speak to him.”