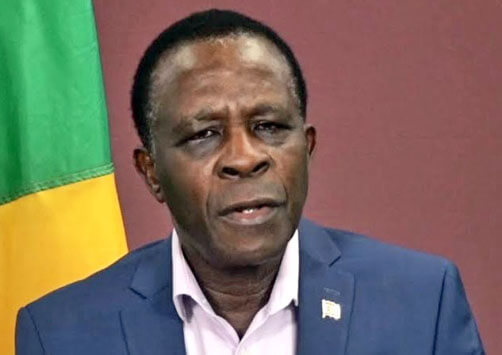 The Lower House of Parliament has approved an amendment to the Police Act, to allow for the Commissioner of Police to pass regulations to effect promotions within the ranks of the Royal Grenada Police Force (RGPF), appointments which are currently regulated by the Governor-General, and the Public Service Commission (PSC).

The Police Amendment Bill was tabled during a sitting of the House of Representatives last week Wednesday and seeks to address the controversial issue of police promotions by removing the powers established in the Governor-General, in a move, which comes more than five (5) decades since the Act came into force in 1966.

Section 89 (3) of the Constitution states that “Subject to the provisions of Section 91 of this Constitution, the power to appoint persons to hold or act in offices in the Police Force of or below the rank of Sergeant (including the power to confirm appointments), the power to exercise disciplinary control over persons holding or acting in such offices and the power to remove such persons from office shall vest in the Chief of Police.”

The line Minister for the RGPF, Prime Minister Keith Mitchell introduced the Bill to the Lower House for consideration, noting, “the regulation-making power under Section 66 of the Police Act, was vested in the Governor-General solely, which is an anomaly relative to the Constitution.”

“There was no mechanism within the Police Act for the Commissioner of Police to pass regulations to deal with promotions (and) that’s the fundamental problem,” he told the Lower House, pointing to the “discrepancy in (the) law.”

He noted that “the key mechanism through which the police exercises its Constitutional power is by having promotion regulations,” however, he acknowledged that “unfortunately, over the years that was obviously, clearly not correctly done.”

“Clearly, a number of Acts have been passed in our Parliament and turned out to be challenged constitutionally, and had proven to be flawed, and this was one case. So, we are bringing this here so that the Commissioner would now have the authority to come up with those regulations, which will then of course be Gazetted accordingly.

“And it means that he can then decide the various interest that he wants in the question of how he proceeds to deal with promotions. For example, he may appoint a committee of persons within the law that can advise, and deal with the whole question of promotions, the question of examinations, and other aspects because it’s not only one area of activity that really should determine whether a police should be promoted from one area to another and under the present system, from Sergeant upwards, the Public Service Commission (PSC) still has the authority for their appointments. So, we are talking about areas under the role of Sergeant of Police,” he explained.

Additionally, the Grenadian Leader used the opportunity to dispel the perception that over the years, politicians had a say in who would move up the ranks in the RGPF.

“That might have been happening before our time but certainly in my time, I have never, never attempted to dictate or advise Police Commissioners over the years as to who should be getting promotions…, “ he said.

“…It is unfortunate that we don’t understand that the Commissioner is the one who have the sole authority and he can determine through regulation that he has designed and passed to be able to use as the basis and he can advise the committee within the police force and elements outside of the police force, a combination of both in the process of recommendation for appointment,” he added.

PM Mitchell went on to state: “Even the question of examinations, I have had people come to me and said, look I got 80% and the next person got 70%, and the person got promoted (and I didn’t) as though promotion within a national security apparatus is based on an examination alone and if you get 80% you should get promoted…”.

Prime Minister Mitchell is known to have called in then Commissioner of Police, Willan Thompson within hours of returning to power after the 2013 general election and removed him from office on the grounds that he had no confidence in him.

Legal Affairs Minister Kindra Maturine-Stewart who gave her full support to the Bill, informed the House of what she described as “a serious and urgent need for us to tidy up through legislation the mechanisms that have been used to guide the Commissioner of Police in the exercise of his constitutional power.”

She pointed to the various issues relating to police promotions, which the Attorney General’s Chambers has been dealing with on an ongoing basis, noting that “most of the issues that have been raised before a judicial review applications are issues touching and concerning the process used for promotion of police officers.”