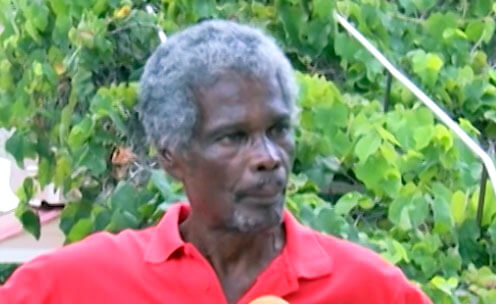 Trevor Regis – shot and killed by a police officer

A Coroner’s Inquest is to be conducted into the police shooting of a senior citizen who died as a result.

Trevor Regis was gunned down in October reportedly after he confronted police officers in the Town of St George wielding a knife and stabbing two of them.

The police announced at a media briefing Friday that the Director of Public Prosecution (DPP), Christopher Nelson has ordered that a Coroner’s Inquest takes place and that the investigation into the incident, which was conducted by the police had been completed.

The police said the man’s family had been informed that an inquest had been ordered.

The shooting of Regis happened shortly after he visited his son at the St. George’s General Hospital, where he was being treated for a gunshot wound inflicted by the police some days before.

Chris ‘Santa’ Regis, a former national swimmer, had been chased and shot by police in a ganja-related incident in the village of Fontenoy.

The younger Regis reportedly tried to avoid the police because he had a marijuana joint on him.

Reports were that his father had received news of the extent of his son’s injury from the shot in his upper left arm and was also told that the police had visited the young man in the hospital as part of a criminal investigation against him for the single joint.

The Coroner’s Inquest is to determine if there is any criminal culpability in the death of Regis, whether the shooting was lawful and to uncover the events which led to his death.

Regis, 67, was shot four times including two in the chest and one in each leg after he had inflicted wounds with a knife on two police officers including a female.

Head of the Community Relations Department of RGPF, Superintendent Vannie Curwen also announced that police investigators have completed their investigation into the incident involving ‘Santa’ but the DPP is yet to say what should happen next.

A relative of “Santa” had told THE NEW TODAY that while in hospital, Santa was visited by three police officers who indicated to him that he had been charged for ganja possession and handed him a bail form to be signed.