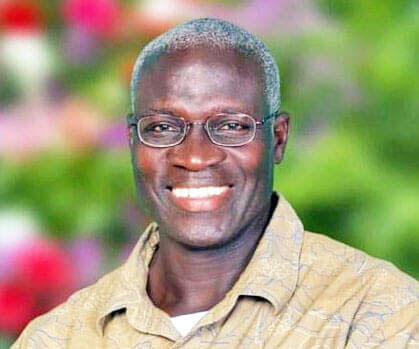 Former Central Committee Member of the now defunct New Jewel Movement (NJM), Leon “Bogo” Cornwall has denied claims made by one of his colleagues Major Ian St. Bernard that the bloody events of October 1983 in which Prime Minister Maurice Bishop was executed resulted from an internal coup staged by an ultra-leftist faction within the then ruling party.

An article put out by St. Bernard in October indicated that the 1983 massacre at Fort Rupert on October 19, 1983 “was a failed coup resulting in the “Assassination of Maurice Bishop” and was instigated by an ultra-leftist section of The New Jewel Movement leadership impatient and drunk on ideology”.

Referring to the event as “one of the greatest tragedy in the history of our country”, the former CC Member who once held the post of Commissioner of Police in the ill-fated 1979-83 Grenada Revolution, charged that “ultra-leftist madness which had engulfed some of the leadership of the NJM, resulted in the Assassination of Maurice Bishop and other leaders of the Revolution”.

“I want to die with a clear conscience,” said St. Bernard who was originally charged in connection with the gruesome murders but was freed at the Preliminary Inquiry stage of the Murder trial.

In response to questions posed to him by THE NEW TODAY on St. Bernard’s assertion, Cornwall who also held the rank of Major in the disbanded People’s Revolutionary Army (PRA) said, “St. B is not being correct because St. B can’t call nobody ultra-leftists.”

“Ian has had his own wrestling and his own struggles. I feel it very deeply for him. He has his challenges and so on and I don’t want to say too much about that because he’s a brother and Comrade and he assisted us while we were in prison,” he added.

St. Bernard is known to have had a history of illness during and after the revolution and admitted it in the article.

Over the years, fingers have been pointed at Cornwall, as well as Lieutenant-Colonels Joseph Ewart “Headache” Layne, and Liam “Owusu” James, as well as trade unionist John “Chaulkie” Ventour as persons who belonged to the ultra-leftist section of the NJM CC and leadership.

Speculation is rife that these were the principal figures who were aligned to ex-deputy Prime Minister Bernard Coard who is the suspected mastermind of the palace coup against Bishop for leadership of the Grenada Revolution.

According to Cornwall, he was privy to St. Bernard’s utterances on the subject matter before it came into the public domain as it was shared on a “Chat Group” that involves a number of Grenadian revolutionaries.

The former Marxist-Leninist who has since returned to practice Christianity said, it is “very unfortunate” for the former CC member to come out now and put out that kind of information.

He stated that St. Bernard “has not said anything that has not been said before” as over the years many persons have peddled the line that the 1983 bloody events was a palace coup staged against Bishop.

Cornwall said that a look at the Minutes of the NJM Central Committee during the period leading up to the internal party crisis would reveal that the decision on Joint Leadership between Bishop and Coard which sparked off the crisis was reached by a majority decision and not just by those persons considered as ultra-leftists.

The Ex-Methodist lay preacher said he respects St. Bernard’s right to speak his mind on issues but disagreed with his conclusion that it was ultra-leftists who took control of the revolutionary process on the fatal day in October 1983.

Cornwall conceded that he has come to realise over the years of reflection that the road traveled by the revolutionaries after seizing power in 1979 “was fraught with a lot of dangers”.

“I think that we were not sufficiently mature enough. With all sorts of dangers facing us … we made a serious mess and caused serious pain,” he remarked.

Cornwall also attributed the serious errors and mistakes leading to the bloody events on the fort to “hot-headed youthfulness” of those who were the main leaders of the Grenada Revolution.

He told THE NEW TODAY that this issue was something that the convicted killers of Bishop “wrestled with” during the 26 years spent in prison for the crime.

On the issue of the decision taken to dispose of the bodies of the executed leaders – Bishop, Foreign Minister Unison Whiteman, Education Minister Jacqueline Creft and Housing Minister Norris Bain and others, the NJM CC member was cautious in his response.

“Obviously nobody (in Grenada) is a fool… there must have been decisions … the bodies didn’t get up from where they are (on the fort) and go down in Calivigny,” he said.

A book written by a high court judge from Belize indicated that after Bishop was recaptured that Layne made a telephone call from Fort Frederick to contact Lieutenant Callistus “Iman Abdullah” Bernard who was in charge of a squad of soldiers who were dispatched to take over Fort Rupert.

Prime Minister Bishop and his close colleagues were led to the Top Square on the fort and then gunned down by machine fire from a group of soldiers under the command of Bernard.

Cornwall said it is a well known fact that the NJM CC members “have already taken responsibility for the bodies (that were executed) but it is well known that they are not in control of it and (do not) have it hidden away some place”.

He maintained the position adopted over the years by the CC members that after Bishop was freed from house arrest at his official home at Mt Wheldale just outside the capital that there was no meeting of the top decision making body to order the executions.

He insisted that talk of a CC meeting and deciding to execute Bishop and others was something that was needed by state prosecutors to fulfill the objective to find persons guilty of the murders on the fort during the trial proceedings.

“The trial had an objective as the Central Committee had to be implicated as a body both in the execution as well as in the disposal of the bodies,” he said.

Cletus St Paul, the former chief bodyguard to Prime Minister Bishop, was the key witness for the Prosecution in giving evidence that while held in captive on Fort Frederick, he witnessed the CC members meeting in session and nodding their heads when the decision was allegedly taken to eliminate the revolutionary leader.

According to Cornwall, if one were to ask any CC member 37 years later about if there was such a meeting, they “will tell you no and they are speaking the truth”.

He conceded that this is hard for people to believe but it is the hard facts.

“People want to pin it on a body called the Central Committee and that’s not true,” he said.

Cornwall stressed that the CC was a body and that those who were charged for the murders were not prepared even behind bars to expose who among the 17 might have taken the decision to order the executions but it was not the CC.

He said: “To say that this discredits everything said by men simple because men aren’t prepared to say is Jack who did it is really foolishness. To me we are all in this together.

“I did not come out when this (the executions) happened and say, hey I disassociate myself with that and whether it (the Revolution) survived or not – ah done. I didn’t do that so am implicated in that sense and I took 26 years (in prison) for that.

“And for me to come out and say it’s not me now – it is this man – I just feel it is distasteful to me.”

Cornwall is confident that if the U.S did not send troops into Grenada and the Revolution had survived the crisis brought on by the execution of Bishop and the others that a lot of the people who are saying all sorts of things now “would have continued and march along” with the revolutionary process that was in train.

“There are some who would have broken off but a lot would have continued and march along,” he said.

THE NEW TODAY has spoken to several persons who supported Bishop and they indicated that the island was heading the way of a civil war between the rival factions if the Americans did not intervene militarily on October 25, 1983 to topple the coup leaders and to help restore order on the island.