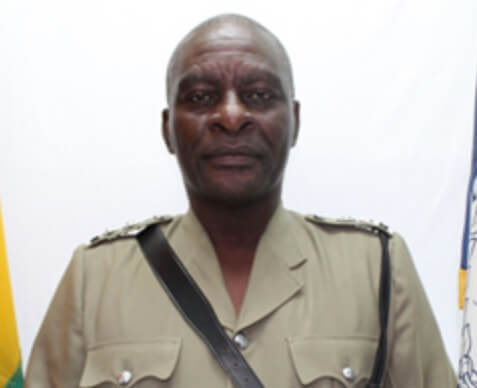 A convicted fraudster is being elevated to the rank of Superintendent within the Royal Grenada Police Force (RGPF).

THE NEW TODAY has obtained official correspondence from the Public Service Commission (PSC) showing that the name Wayne Wilson, Assistant Superintendent of Police (ASP),  is among 24 officers in line for promotion Friday at a ceremony to be held at the Special Service Unit (SSU) at Point Salines in the south of the island.

Wilson, from the parish of St Mark, was convicted a few years ago in the high court for involvement in a vehicle importation racket.

The senior police officer who was involved in the importation of used vehicles pleaded guilty after evidence showed that he had tampered with documents in a transaction that he did with a client.

According to police insiders, the investigation into the fraud by members of the Criminal Investigation Department (CID) were often frustrated by powerful forces including a past Commissioner of Police and a Special Prosecutor with close ties to the ruling New National Party (NNP) government of Prime Minister Dr. Keith Mitchell.

A source close to the probe said that current Director of Public Prosecutions (DPP), Christopher Nelson eventually gave the greenlight for Wilson, who is known to be closely associated with the ruling party, to be charged with the criminal offence of fraud.

Wilson was suspended from duties but was brought back into the police force under the NNP regime.

He is presently serving as Manager of an Information Communication and Technology (ICT) Department linked to the Office of the Prime Minister.

The names of the 24 high-ranking police officers to be promoted are identified in a letter sent by the Chief Personnel Officer at the PSC to the Permanent Secretary with responsibility for National Security in the Office of the Prime Minister.

The letter dated October 7, 2021 focused specifically on the promotion to the ranks of Superintendent and Assistant Superintendent of Police (ASP) within the Royal Grenada Police Force (RGPF) that is headed by Police Commissioner, Edvin Martin.

Another notable name on the list is ASP Leroy Joseph, the brother of Foreign Affairs Minister Oliver Joseph who is moving up the rank to become a full-fledged Superintendent of Police as head of the Immigration Department in the Police Force.

Another stand-out name is Inspector Gilllean Thomas, the husband of Social Development Minister Delma Charles-Thomas who is being upgraded to the rank of ASP at the Immigration Department.

Thomas is known to have raised eyebrows within the police force a few years ago when he allegedly walked out of a promotion exercise.

Two other former bodyguards of Prime Minister Dr. Keith Mitchell – Special Branch officers, Bernard Nelson and Paul Christopher who served the Grenadian leader for several years as a driver – are also on the list of persons being promoted.

Nelson is also a close cousin to Prime Minister Mitchell.

The list of promoted officers does not include ASP Senneth Joseph who has taken a case to court against government and the PSC for failing to promote him over the years.

Joseph, the holder of a law degree, is known to have supervised several of the officers who have now been elevated to higher positions in the force.

Speculation is rife that ASP Joseph is being overlooked due to his involvement as head of the Financial Intelligence Unit (FIU) during the 2008-13 tenure in government of Congress in an investigation into alleged fraud against Finance and Energy Minister Gregory Bowen in the multi-million dollar oil and gas deal with a Russian company.

Over the years, a number of Police Officers including Rholda Bridgeman and the late Byron “Donkey” Clyne were forced to take the Commissioner of Police to court for their promotions.

The full list of police officers who are now promoted to the rank of Superintendent are:-

The new Assistant Superintendents of Police:-