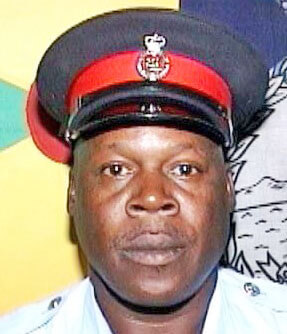 PC Julien – passed away on Tuesday

The Royal Grenada Police Force (RGPF) has lost another member due to health issues.

Dead is Police Constable Anthony Julien who was attached to Central Police station on the Carenage.

THE NEW TODAY understands that PC Julien died at the St. George’s General Hospital on Tuesday with issues related to Cancer and Diabetes.

In a release issued, RGPF said: “The Royal Grenada Police Force is in mourning as we have lost another fellow officer.

Police Constable 898 Anthony Julien, who was attached to the Central Police Station passed on Tuesday, 29th June, 2021 following an illness.

The Commissioner of Police, Gazetted Officers, Rank and File of the force extend deep condolences to the family, friends and colleagues as we come to terms with this loss.

All police flags (will) be flown at half-mast.”

Another police officer is also known to be in serious ill health in the United States after undergoing surgery at the General Hospital.

The officer who holds the rank of Assistant Superintendent of Police (ASP) and is attached to the Traffic Department on the Carenage.