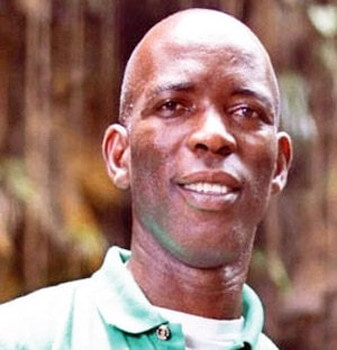 The main opposition National Democratic Congress (NDC) is blaming Opposition Leader Tobias Clement for the breakdown in negotiations that would have allowed him to freely defend his St George North-east seat in the upcoming general election.

Clement was engaged in weeks of discussions with Congress leader Dickon Mitchell on his participation in the election but it ended prematurely with NDC choosing its Assistant General Secretary Ron Redhead to contest the seat.

A party official told THE NEW TODAY that the Opposition Leader created a problem when he chose to make certain public statements without formalising any agreement with Congress on the coalition talks.

He said there was “total disregard” for the negotiating process by Clement and it was unfortunate that he later “turned around and blamed NDC and said that NDC ain’t mature and so that was totally uncalled for.”

“It was simple because of the manner in which Tobbie conducted his side. We can’t be in control of what he’s saying … but when coming to a joint negotiation you can’t just go out on a limb as an individual on your own without first getting a settlement – you just can’t go out on a limb of your own,” he added.

“If he’s mature he will be wise enough to accept that. For me I would have rather worked with him and I made that clear internally (in NDC),” he remarked.

In an interview with THE NEW TODAY, the Opposition Leader indicated that a sticking point in the negotiations was NDC’s insistence and his reluctance to join the party to contest the seat.

There are reports that Clement was heard in an interview with a local television station indicating that he will be the candidate as a poll conducted by NDC showed him on top of the field of prospective candidates for St George North-east.

According to the NDC insider, the Opposition Leader did not agree on anything with them during the negotiations to accommodate him for the upcoming national election.

He said that “no kind of concrete thing” was worked out with Clement and the party was mindful that its own people might start “to curse internally because nobody was aware of what was going on and what was being discussed.”

“So you needed to give the party time. That is honestly what happened in this regard so the automatic attack on NDC … is not fair at all. His comments are not fair at all,” he added.

The top party member admitted that a coalition is necessary and relevant for the national poll but it calls for the building of a relationship between the parties involved.

I believe that we need a coalition … but a coalition cannot be bought on the basis that you have one strongman here and another strongman there – that is a recipe for disaster.

One of the mistakes that was made in particular was the fact that it did not consider the party’s base reaction to this particular situation.”

Speculation is rife that several NDC members and supporters in the constituency were not willing to throw their support behind Clement who won the seat in the 2013 and 2018 general elections on a ticket of the ruling New National Party (NNP) and defeated former Congress leader, Nazim Burke.

Just over two years ago, Clement resigned from the NNP and crossed the floor in Parliament to take up the post of Opposition Leader after accusing Prime Minister Mitchell of exhibiting growing dictatorial tendencies.

He cited the manner in which Dr. Mitchell removed the budget for elected Members of Parliament from the Houses of Parliament and placed it within the Office of the Prime Minister.

The NDC insider insisted that the manner in which the coalition was being touted with the Leader of the Opposition was a recipe for disaster.

“I believe that we must still be open to talks…,” he said, adding that the conditions for the coalition to work has to be done in such a way that “it does not create any strife and so on.”

Conceding that “a coalition is a mature political thing,” he said there was concern over the manner in which “Tobbie went about doing what he did, going and making statements that automatically sort of weakened the opportunity for the party to negotiate and make a proper arrangement.”

“….If anybody is honest they will actually see that,” he told THE NEW TODAY.