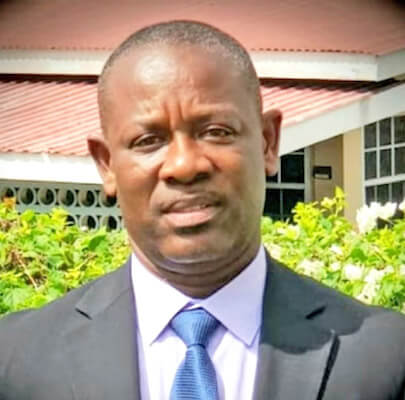 Sen. Adrian Thomas - replacing 10% of imported produce with locally grown foods will result in at least $26 to $30 million in savings each year

A review of the national food and nutrition policies is high on the agenda for 2023, as the Congress government moves to implement measures to promote sustainable food availability, accessibility, utilisation, nutrition adequacy, and stability of food supplies for all.

According to Minister with responsibility for Agriculture, and Lands, Fisheries, and Cooperatives, Senator Adrian Thomas, this will be achieved “through integrated, and well-coordinated multi-sectoral initiatives at all levels of the government, and through the active involvement of civil society and the private sector.”

He made the pronouncement Monday in a broadcast via the Government Information Service (GIS), one (1) day after the observance of World Food Day on Sunday, where he cited as unacceptable, the country’s high food import bill, which stood at EC$259 million before the start of the pandemic in 2019.

The 4-month old Congress government of Prime Minister Dickon Mitchell has identified agriculture as one of the lead sectors to contribute to the sustainable development, prosperity, health and wellness of the nation’s population.

Citing a “great imbalance between our imports and exports,” which raked in a significantly less sum of EC$79 million before the pandemic, Minister Thomas said that coupled with international tensions like the war between Russia and Ukraine, global warming, and the constant rise of food prices “makes us highly susceptible to the impact of global activities on our food and nutrition security.”

“…We have been experiencing first-hand the negative impacts of the rising cost of food and fuel,” he said.

“Leaving no one behind” was the theme for this year’s observance of World Food Day.  Minister Thomas encouraged citizens to do their part to contribute to better food security by growing their own food and supporting local crop growers and producers.

He advanced the government’s position that “if only 10% of our imported produce is replaced by locally grown foods, there will be an overall saving of at least $26 to $30 million each year.”

Minister Thomas disclosed that “the ministry is also reviewing the climate-smart agriculture initiatives to ensure that the agriculture sector works toward becoming climate resilient.”

Agriculture is no longer the dominant sector on the island and in recent years has been taken over by tourism which is now the major foreign exchange earner.