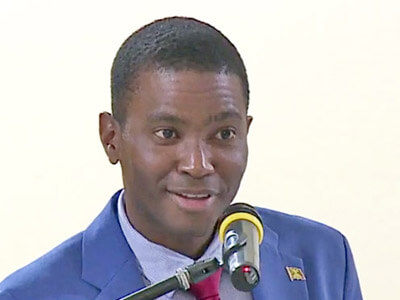 The 4-month-old Dickon Mitchell-led administration in St. George’s has announced plans to build “a new hospital deserving of the kind of care that all citizens of Petite Martinique, Carriacou and Grenada deserve” with significant investments in equipment, resources, and training for medical personnel, as it moves to transform the country’s Health and Wellness sector during its first term in office.

Prime Minister Mitchell revealed the government’s intent during a Town Hall meeting at the Grenada Trade Center Annex on Monday, as consultations continue ahead of the highly anticipated presentation of the annual Estimate of Revenue and Expenditure for 2023, which he will present in Parliament for the first time in his capacity as Minister for Finance on December 7.

According to the 45-year-old Grenadian leader, the 2023 budget “will mark the commencement of a process that will put us on a path of transformation” and the Health and Wellness sector, headed by Senator Gayton La Crette, has been identified as one of six (6) key areas of focus that will drive the government’s touted transformational agenda for the next five (5) years.

The other priority areas listed were transforming the education sector with particular emphasis on youth, sports, agriculture, food security and the marine economy, physical and digital infrastructure, culture and the creative economy, energy transition and the environment.

The Prime Minister stated that a new hospital “isn’t gonna solve the challenges that we face in healthcare,” adding that “significant resources will be placed in paying better remuneration to current healthcare workers (and) training more nurses, doctors, and more support staff to meet the current and future needs of the population.”

“Health affects every single member of Grenada, hence, the need to transform it…everyone is impacted by the quality or the lack thereof of our healthcare services,” he said.

Prime Minister Dickon Mitchell gave a commitment that his Congress regime will also commence the “digitising of all medical records within the public service and then moving to the private sector so that we can have telemedicine (and) mobile healthcare services, available to our citizens throughout the length and breath of Grenada.”

“…We are satisfied that if we transform our healthcare sector, and improve the general quality of healthcare that is available in Grenada, more tourists will visit Grenada, more members of the diaspora will return home and the economy of Grenada will continue to grow and flourish,” he remarked.

The new Grenadian leader had previously expressed the view that “there are genuine economic opportunities in the health sector,” in an interview moments after taking the oath of office during the opening of the first session of the Eleventh Parliament at the end of August, where the Throne Speech delivered by Governor General Dame Cecile La Grenade gave insight into the newly elected government’s plans for the health sector, and the country as a whole.

PM Mitchell explained that “there is a genuine opportunity with St. George’s University (SGU) with the number of physicians that we have produced worldwide, to really have a state-of-the-art healthcare facility that also is hinged on improving our tourism product so that more persons can come (to Grenada) knowing that there are first-class health services as well as to do some of the more elective surgical procedures.”

The Prime Minister also spoke of being aware of possible locations for the new hospital that had already been earmarked by prior administrations, stating that “once they meet the objective criteria as to the best location for such a facility then we will certainly be prepared to go along with it.”

Under former 1990-95 Congress government, the site of the Mt Gay Mental Home was identified as the location for a planned new hospital. That plan was shelved by the incoming New National Party (NNP) of Keith Mitchell which opted to expand on the existing location.