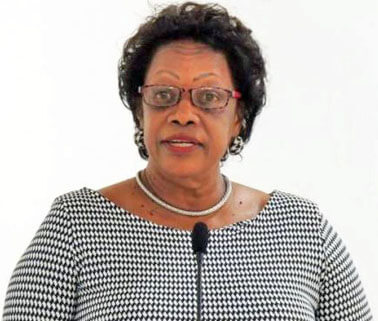 The Grenada Cocoa Association (GCA) has denied that its Chairman Pastor Christopher Williams has abandoned a 5-member Merger Committee set up by the Keith Mitchell-led government to discuss the creation of a new company with the Grenada Co-operative Nutmeg Association (GCNA) to run the two commodity bodies.

THE NEW TODAY contacted a senior member of the association on reports that Agriculture Minister, Yolande Bain-Horsford had written to Pastor Williams to inform him that he had abdicated his responsibility on the Merger Committee.

He said that the Seventh Day Adventist religious leader had dispatched a letter sometime last week to the Minister denying the allegation.

According to the GCA executive member, he was privy to the letter which indicated to the Minister that the work of the Merger Committee had stalled due to the fact that the Chairman of GCNA Board of Directors, Leo Cato did not have a mandate to continue with talks on bringing the two associations together.

He said that Cato had informed the Head of the Merger Committee, Derek Charles that he had to go back to nutmeg farmers to seek a new mandate a few weeks ago, nutmeg farmers at Area Meetings had rejected the Merger idea and the move towards Liberalisation of the industry.

He expressed surprise that Minister Bain-Horsford was apparently not briefed about the development and had written to both Cato and Williams to ask for GCA and GCNA to identify new replacements to serve on the committee.

“Our letter told her that when Cato announced he didn’t have a mandate, our Chairman (Pastor Williams) gave the Chairman (of the Merger Committee) a copy of the Resolution (of Nutmeg producers) that was passed at the meeting,” he said.

The senior cocoa association member said that GCA did not reject the idea of Merger with GCNA but indicated that it has to be done on certain conditions.

“As far as we know, Mr. Charles had said, well one organisation cannot merge so it depends on two and since then our Chairman has not had an invitation to meetings (of the Merger Committee),” he said.

“So our Chairman has not abdicated his responsibility,” he remarked.

Pastor Williams did not answer his cellphone when calls were made to it by this newspaper.

This week, the GCA has embarked upon a series of Area meetings of cocoa farmers to discuss its annual report on the issue of Merger and Liberalisation of the sector.

Industry sources told THE NEW TODAY that two meetings will be held each day on a parish basis in keeping with COVID-19 protocols.

An industry official said that the merger will be discussed as it is currently considered as “the centre stage” for any meeting involving cocoa farmers.

The Mitchell government had come in for severe criticisms when leaked documents published by THE NEW TODAY revealed that the proposed bill to merge GCA and GCNA had placed sweeping powers into the hands of Minister Bain-Horsford to appoint all 7 or 9 directors to serve on the governing board.

The minister was also given the sole authority to grant licences to persons seeking to export on the international market cocoa and nutmegs products from Grenada.

This newspaper understands that Grenadian farmers are prepared to entertain discussions on merger of the two commodity bodies but are firmly opposed to any liberalisation of the industry.