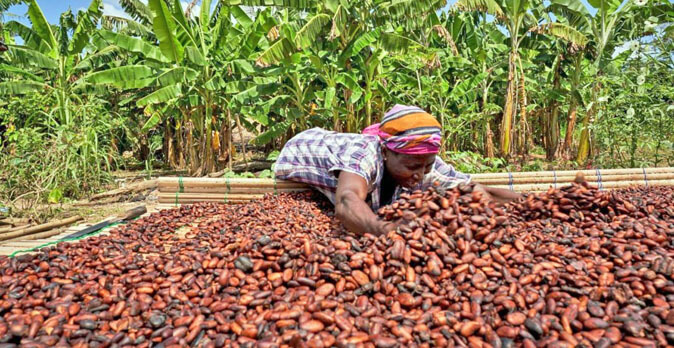 The Grenada Cocoa Association (GCA) has finally received the EC$1 million grant from government to help pay farmers for their produce.

According to a well-placed source, the agreement for the funds was signed last week between Chairman of the GCA Board of Directors, Pastor Christopher Williams and the Acting Permanent Secretary in the Ministry of Finance, Mike Sylvester.

He said that the funds will be used to buy cocoa from farmers as the association is cash-strapped at the moment.

He told THE NEW TODAY that GCA has to come up with EC$2 million in cash each time farmers pick cocoa and sell to them.

“We are spending a lot of money (on picking cocoa) and we have to pay that upfront. We have to sweat the cocoa for at least 8 days then take another week-and-a-half to dry it before we could ship it and get money,” he said.

GCA is presently waiting on the Keith Mitchell-led New National Party (NNP) government to finalise the arrangements for a soft loan of EC$1 million for the development of the industry.

According to a company official, the association has done everything requested by government to meet the criteria set for the loan.

“We did everything they asked us to do and we’re waiting on them,” he said about the loan. We have all the security and everything. The loan is one year grace period and 1.5 percent (interest) to be paid back in the next 8 years. The terms are really good,” he said.

The cocoa association has not been able to produce enough cocoa to meet demands on the world market.

Grenada is currently fetching US$4000.00 per tonne for its cocoa while other producers are able to attract the world market price which is around US$2300.00 per tonne.