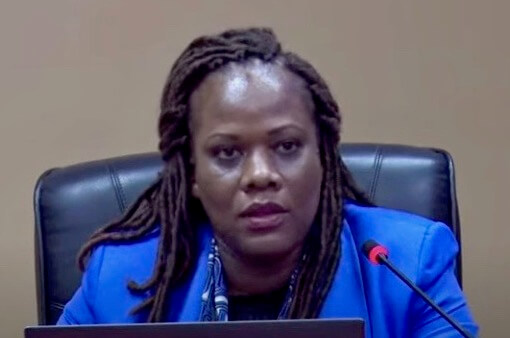 Under fire for the slow pace at appointing ambassadors to serve in some key overseas missions, a high-level official in the Dickon Mitchell-led government is pointing an accusing finger at the Permanent Secretary in the Ministry of Foreign Affairs, Roxie McLeish-Hutchinson.

Speaking to THE NEW TODAY, the top government official said “the problem” lies squarely with the guidance given to the Minister of Foreign Affairs by his Permanent Secretary.

He described as nothing but a “cock and bull story” the reason given by the PS for the failure of the new Congress government to recall and put in place a set of new Ambassadors in places like the United Nations, Washington to serve the United States and the Organisation of American States (OAS), as well as key capitals as London, Beijing, Caracas and Havana.

Addressing reporters at a press conference about two weeks ago, PS McLeish-Hutchinson disclosed that it can take up to 6 months to complete the process of accreditation and recall of an ambassador including shipping back the individual personal belongings to Grenada.

The government official recalled that during the 2008-13 period in government of Congress under then Prime Minister Tillman Thomas it was only a matter of weeks before current President of the Senate Dessima Williams was appointed to serve as Ambassador to the United Nations.

He urged Foreign Affairs Minister Andall to take charge of his ministry and employ the necessary corrective measures to address the slow replacement of overseas diplomats.

“If the minister does not know how to get on her (McLeish-Hutchinson) case and make it happen then I don’t know. That is the PS right there (who blundered). That squarely falls on the shoulders of the PS. She is making all kinds of excuses why certain things shouldn’t happen,” he said.

The official declined to comment on whether it was a case of “incompetence” on the part of the PS in Foreign Affairs.

A prominent Grenadian overseas who chimed in on the slow pace of diplomatic appointments under the Dickon Mitchell-led administration appealed for patience on the part of the new leaders.

He blamed former Prime Minister Dr. Keith Mitchell for the disarray in the field of diplomacy.

“Keith Mitchell decimated the career diplomatic corps in Grenada and replaced all career diplomats with political appointments. This means Grenada no longer has professional/career diplomats so unless we want the NDC to just do the same thing Keith did and just hire political supporters, they need some time.  Please understand and give them support,” he said

The government insider also called on the new Congress administration to arrest some of the negative issues that were left behind by the former Keith Mitchell-led New National Party (NNP) administration.

He singled out for mention the low implementation rate of projects that benefits from grant funding and from loans at relatively low interest rates.

He said the former regime had even acknowledged before it lost the June 23 general election that its implementation rate was a mere 37% of several projects.

The government official dropped hints that Prime Minister Dickon Mitchell and his administration will have to address the issue of personnel changes in those ministries that are responsible for implementing and executing these projects.

“If they don’t do something quick to arrest that real situation it will continue to be 30-something percent (in implementation) because the people are still there (working in the same ministries),” he said.

“The people who were supposed to get it done are still in place so I don’t expect it (the implementation rate) to change,” he added.

THE NEW TODAY understands that Grenada stands to lose millions of dollars in grant funding due to the slow pace at completing funding from overseas government and international organisations.

The official also identified as a cause for concern the escalating cost overruns of some construction projects inherited by Congress from the previous government.

He said that one construction company was given a contract costing just over EC$30 million for roads and since the change of government three months ago it has now reached $80 million and the work undertaken is not even halfway done.