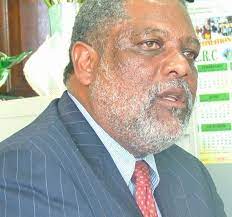 Attorney-at-law Anslem Clouden believes resistance to forced vaccination in Grenada won’t be settled in the Courts but on the streets.

“There should be an uprising. People should stand up and speak out. This is what has to happen,” Clouden said in an exclusive interview with THE NEW TODAY.

The Grenada Government has been covertly trying to make vaccination mandatory by putting pressure on employers in the hospitality industry, dictating that as a condition of being designated as an approved property that employees must be fully vaccinated.

All facilities serving as quarantine sites are also mandated to have their entire staff fully vaccinated.

This is already drawing public protest as St George’s University (SGU) implemented its own internal mandatory vaccination policy, locking out sixty workers from their jobs at the offshore school, and management at Sandals Resort is also making vaccination mandatory on the instructions of the Chief Medical Officer.

In recent weeks, employees at Sandals joined protesting SGU staff to call for resistance against what they say is forced vaccination.

Clouden said a Court battle would not bring immediate results.

“The Constitution (case on forced vaccination) would take years before it gets to the Court. This is not going to be resolved in the Court. Nonsense.

“People must take to the streets and they must make their voices heard. There is an election coming up and we are going to say, for all that you have done to us”.

Earlier this month in the Parliament, Health Minister Nickolas Steele said vaccine hesitancy in Grenada will result in mass deaths.

So far only a third of the sixty percent of the population that is being targeted to achieve vaccine immunity has been achieved.

Minister Steele has been increasingly vocal, assuming a hostile stance against the unvaccinated through social media posts.

“Any Minister of Health making such unsupported statements with respect to the virus coming to Grenada and if you are not vaccinated you would die, speaks volumes as to the integrity of the speaker,” said Clouden.

The attorney-at-law said those who for any reason, do not want to take the AstraZeneca, which has been linked to severe reactions such as blood clot and death should not do so.

Clouden is advocating testing instead of forced vaccination.

“If you clear the air by testing, and this is the hallmark of good governance, you don’t need to vaccinate, you test and if you have the ability for rapid testing then you can test now and determine whether you have contracted it. If you are positive you go into isolation, if you are not positive then you continue with your occupation.

“But the Constitution of Grenada enshrines the right to work and no employer should dictate to their workers that they cannot work if they are not vaccinated.”

On July 21, the government gazetted amendments to the Emergency Powers Regulations, which would force all businesses in the country to institute mandatory vaccination or face penalties under the law.

The amended regulations also define the term fully vaccinated as having received the second of a two-dose vaccine or a single dose vaccine two weeks before.

International flights are returning to Grenada with greater frequency and the Ministry of Tourism is seeking to re-open the cruise industry with increasing pressure from source markets to have the population fully vaccinated.