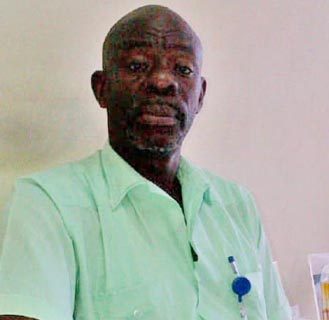 Police in Grenada on Tuesday night formally opened a criminal case of sexual misconduct against Cletus St. Paul, the most senior member of the Security Detail around the island’s Prime Minister. Dr. Keith Mitchell.

A woman believed to be in her early 40’s walked into the Criminal Investigation Department (CID) of the Royal Grenada Police Force (RGPF) at approximately 4.30 p.m to make an official statement of sexual assault against St. Paul who was the Chief Bodyguard for Marxist Prime Minister Maurice Bishop during the 1979-83 Grenada Revolution.

THE NEW TODAY was told that the woman whose name is being withheld by this newspaper met with a female officer attached to the Sexual Crime Unit and the interview lasted for approximately two-and-a-half hours.

The woman reportedly walked out of the CID office at around 7.00 p.m after giving three pages of detailed information about the incident.

This development comes less than a week after THE NEW TODAY broke the story about the alleged sexual assault on the woman by the top security officer who is believed to be also serving as a National Security Adviser to Prime Minister Mitchell.

Sources told this newspaper that the woman took the decision to file the complaint with the police after a meeting Saturday evening with a senior lawyer who is now looking after her interest and a local pastor who has been giving her counseling.

According to a well-placed source, the woman told the police officer that she was put in contact with St. Paul last year by the Prime Minister after meeting him at a constituency office in the New Hampshire area as she was looking for state land on which to put her small house.

The woman is alleging that St. Paul sexually assaulted her on November 16 when he visited her home to pick her up to go and view a plot of government land in Beausejour which is within the Prime Minister’s St. George North-west constituency.

In her statement, the victim claimed that she went back to the constituency office in December to meet again with the Prime Minister to inform him about the sexual assault on her by his top security aide.

The source said that Dr. Mitchell did not direct the woman to file a sexual assault case against St. Paul with the police but took the decision to take the land matter out of the hands of his security personnel and gave it to a lady in the Office of the Prime Minister.

The complainant reportedly told the female police officer that she had to put up a struggle with St. Paul while her 18-month child was on her shoulder and that he used a finger to enter into her vagina without her permission.

She also included in the statement another encounter with St. Paul on the first time that she visited his office in the Botanical Gardens to discuss the land issue.

The woman is alleging that during the conversation, St. Paul got up from his seat and before she knew it his tongue was in her mouth.

According to a source close to the woman, she would have to make another visit to the police shortly for an expert to extract from her cellphone a number of messages that were sent to her by St Paul during the course of their engagement on the land issue.

He said it is more than likely that the police would seek to use the text exchanges which took place on Whatsapp against the top security aide of the Prime Minister since some of them were of a sexual nature.

A source familiar with this type of investigation said that the CID Office will send the woman’s statement to the Director of Public Prosecutions (DPP), Christopher Nelson for guidance on how to proceed with the investigation given the fact that a top state official is involved.

He indicated that it was now more than likely that DPP Nelson would instruct the police to have St. Paul come into CID by around Thursday (yesterday) to be questioned about the sexual misconduct allegation filed against him.

Another source told this newspaper that the top security figure did raise the issue of legal representation with Sylvester on the sexual misconduct allegation made by the woman but has not retained him in the matter.

St. Paul was contacted by THE NEW TODAY last week Monday about the alleged incident and denied that he had sexually assaulted the woman.

The senior lawyer who is now representing the woman has already indicated that he plans to slap a civil lawsuit on St. Paul to seek compensation for the woman.

This paper cannot independently confirm reports circulating in some quarters of the country that the high profile security officer has since left the island for the United States where his wife is said to be living.

A police insider told this newspaper that he expected Acting Police Commissioner Edvin Martin to contact Prime Minister Mitchell to notify him that his top security aide is now the subject of an official criminal investigation by the police force.