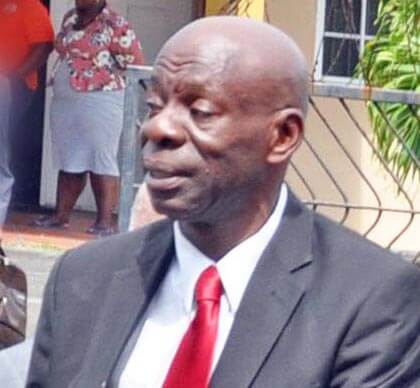 Informed sources told THE NEW TODAY that Cletus St Paul, the once-powerful head of the Security detail around Prime Minister Mitchell is now a key figure in the Contact tracing outfit to help in the fight against the deadly coronavirus.

A source who spoke on condition that he was not identified said that the top bodyguard man is operating from an office set up in the south of the island as the base for Covid-19 tracing team.

Health Minister Nickolas Steele did not respond to inquiries made by THE NEW TODAY on reports that the top bodyguard was now working under his watch.

The following question was sent Wednesday to Steele: “Is it true that one Cletus St Paul is now working with the Covid-19 team doing contact tracing?”

According to a high-level insider in the ruling New National Party (NNP), the manner in which St. Paul is being kept on the government payroll is an indication that Prime Minister Mitchell is thinking of the next general election.

He said that “the mantra” of Dr. Mitchell over the years is that the NNP needs “all hands on deck” to fight the election to remain in power.

He described St Paul as one who always had “the ears” of the Prime Minister and a “great provider” of information for the Grenadian leader.

He was the one who provided the vital information during the trial that State Prosecutors used to convict the former government and army officials including Bernard Coard, his late wife Phyllis, as well as Selwyn Strachan and General Hudson Austin with the decision allegedly taken by the Central Committee of the New Jewel Movement (NJM) to execute Bishop and three other government ministers on October 19, 1983.

Two females living in the St. George area filed sexual complaints with the Police against the 63-year old St. Paul who is currently on $EC20, 000 bail for each of the two criminal offences.

Both complainants were put in touch with the bodyguard by Prime Minister Mitchell after they approached him for government assistance in housing accommodation for their respective families.

THE NEW TODAY had also picked up information that a third woman had spoken to a city lawyer about her own sexual ordeal under St. Paul but was reluctant to come forward out of concern that publicity could ruin the relationship with her present boyfriend who had offered to marry her.