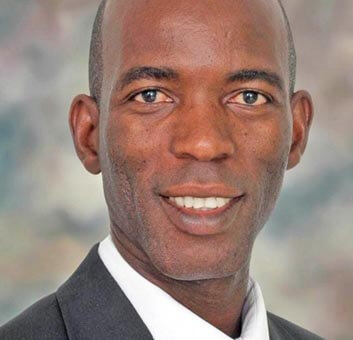 Opposition Leader Tobias Clement – is not perturbed over the resignation

I honestly believe and I have faith when things like that happen there is a reason. I am not taking it hard, I am not disgruntled.

This was the sentiment expressed by Opposition Leader Tobias Clement on the abrupt decision taken by St. Andrew resident, Terry Noel to resign Monday as one of the three Senators that he appointed to serve in the Upper House of Parliament.

In an exclusive interview with THE NEW TODAY, Clement who is the Member of Parliament for St. George North-east said he did not have any issues with Noel who resigned to team up with The Grenada Movement (TGM) which has indicated that it will soon transition from a Non-governmental Organisation (NGO) into a full-fledged political party.

According to the Opposition Leader, although he is without a political party he never once tried to impose his will on his three nominees in the Senate but allowed them to operate with virtually a free will.

“If you ask all of them (the Opposition Senators) I give them their free thing but just represent the Opposition point of view in the Senate,” he said.

“If he (Noel) was calculating he would have hold that close to his chest and exercise joining TGM either as a NGO or as a political party because I would not have asked him to resign over his political preferences,” he added.

Clement went on: “We do not have any issues. The truth about it is that we will not all agree in terms of where we are but I didn’t give anybody mandate that it is either that you’re with me in the Opposition and you cannot be with anybody else. I am not married to anybody”.

It’s kind of baffling. Think of it though – I did not give you any mandate to be aligned or not to be aligned. That is up to you. Wouldn’t you think that if you are joining an NGO or political party at least you will stay to have a voice in the Senate or in Opposition?

According to Clement it is one of the most uncalculated political moves he has ever seen from a man who studied Political Science to leave a place in the Senate with no undue pressure and join TGM which is the brain child of former Grenada Ambassador, Dr. Patrick Antoine.

“Here you are given an opportunity to serve at the highest level of governance to oppose the government and you resign for what – I don’t know.

“If he has that political inclination (towards TGM) that was up to him but I did not ask him to resign. I did not give them any mandate like my way or the highway.

“I do not know if that was very calculated because with politics you have to be patient, sometimes you have to put up your finger and feel where the wind is blowing first before you make them kinds of moves.

“Maybe I will not agree with Patrick (Antoine) where he is but that doesn’t mean that me and Terry had any war, any fight. We did not. I guess that is the way he wants to go.

“I did not have any disagreements with him, maybe he had a disagreement with me as I did not support Patrick and TGM. We just have to look and watch and see where things are going.

Clement acknowledged that Noel and some others were always advancing to him the need to proceed and to form another political party for the upcoming general election.

He said: “In your political calculation looking at a little country like Grenada … one, two, three, four political organisations – if we do not form common ground at the right time then we are wasting our time”.

The Opposition Leader told THE NEW TODAY that he has doubts about TGM and its ambition to emerge into a political organisation and force in the country.

“Where are they going to go with that? Do Grenadian people really want Patrick? Will the Grenadian people overall support Patrick in bringing any change – I don’t know, I don’t think so. Maybe I can be wrong. I would love to wait and see where that (is) going – not just jump in.

“Maybe as he (Noel) jumped in with Patrick and figured that he cannot serve in the Senate and be aligned to the Opposition Leader.

Within minutes of getting Noel’s resignation letter, the Opposition Leader telephoned the other two Senators Tessa St Cyr and Matthew Joseph to officially inform them of the development.

THE NEW TODAY understands that prior to his resignation, Noel did inform the Opposition Leader several weeks ago that he was involved with TGM in terms of helping with organising the movement which has set no date for announcing its emergence into the political arena.

Of the political parties operating in Grenada, both the ruling New National Party (NNP) and the main opposition National Democratic Congress (NDC) have been able to secure close to 99% of the votes of the electorate in the last four general elections.