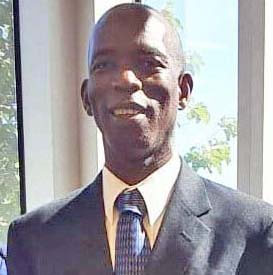 Leader of Her Majesty’s Opposition in Parliament, Tobias Clement is of the view that the decision taken by his team of Senators to walk out of Wednesday’s sitting of the Upper House of Parliament has served its purpose in protest against what he described as “inequity” in the operations of the supreme law-making body of the land.

Clement expressed this view in an exclusive interview with THE NEW TODAY on Thursday, in which he accused the ruling New National Party (NNP) government of Prime Minister Dr. Keith Mitchell of “stonewalling,” especially, when it comes to providing answers to questions posed in the Lower House and in the Upper house by opposing Senators.

Senator Rolanda McQueen, along with Senators Matthew Joseph and Tessa St. Cyr walked out of Parliament after informing the Senate, which was at the time being presided over by Deputy President, Senator Chris DeAllie, that out of concern with the “bullying” manner in which, the Leader of Government Business, Senator Simon Stiell chose to respond to comments made during the debate on the Supplementary Appropriation Bill, which provides for the House to approve EC$54,910,146 to be allocated to five (5) government ministries, and withdrew their motion.

The amount for the Ministry of Health and Social Security will be EC$10,204,000 while the Ministry of Education, Human Resource Development, Religious Affairs, and Information will receive EC$5,171,722 and the Ministry of Agriculture, Lands, and Forestry will get an additional EC$100,000.00.

The Royal Grenada Police Force (RGPF) which falls under the Ministry of National Security, will be receiving approximately EC$1m.

In his contribution, Sen, Joseph questioned the true purpose of the supplementary budget, and the initiatives implemented by the government to stimulate the economy.

However, Sen. Stiell in his rebuttal scoffed at Sen. Matthew’s comments and urged that “more thought goes into the member’s (Sen Joseph’s) contributions as we move forward,” and accused him of misrepresenting information that is available to him.

“…Do not misrepresent information that is available to you, use it in the correct context…,” Sen. Stiell declared and urged members to focus on what is before them in outlining the way forward.

He said that “these are additional resources speaking specifically on the capital side, on top of the $305M that was approved in this house at the end of last year that is focused on moving the country forward, creating economic activity (and) jobs in extraordinarily difficult times.”

“…What we are bringing before member today right in front of us is additional $55M more…these are either grant resources, free money, that we have been able to access to supplement initiatives to drive the economy and keep our people safe in these difficult times, or it’s loans or other sources of income that we have secured that are now available through international institutions and we need to bring those into the treasury so that we can either support existing activities or doing more things…we are not asking, it’s not that we don’t know where these resources are (coming) from or (that) we are cutting,” the government senator added.

“And Mr. President, the final piece for Sen. Joseph, I am picking on you,” Sen. Stiell remarked as he proceeded to scold Sen. Matthew Joseph for saying “that there is no evidence in what is being presented to you that provides you with evidence to support this.”

Sen. Stiell pointed to the “thousands of vulnerable households and families that will be provided with support in this supplementary, the vendors, fishers, farmers, school children, teachers, youth, young business persons, the police the unemployed, keeping the airport afloat, investment in our water sector, keeping the nation safe in this challenging time and you say there is no evidence in what is presented here”.

Related:  Government makes it illegal for unvaccinated to work

“Through you Mr. President, the gentleman, my Senator colleague here need to open his eyes or at least read the document and understand what is being put before him,” he added.

The leader of government business also used the opportunity to attempt to verbally answer some questions asked by the opposition senators, which have been outstanding since June.

Sen. Stiell told the sitting that “notwithstanding the importance of the questions that are put before us,” the government’s focus right now is “navigating our way through this very difficult period.”

However, Clement took contention with Sen. Stiell’s approach, noting that according to the Standing Order of Parliament, the Leader of Government Business should first provide the answers to the Clerk of Parliament in writing.

“One member could ask questions, and if you need a verbal answer, you request for it, (but) as of (Tuesday) the day before the Senate sat (on Wednesday), not a single response was sent in writing. So, you cannot answer verbally if you did not answer it written,” Clement explained.

He told THE NEW TODAY that he views that as a “tactic” being used by the government “to make sure that the voices of the senators and what is relevant to the Grenadian people are not heard.”

“Now if you come into the Senate or the House, and it is just for the government’s purpose, then you have to ask yourself the question why are we there,” Clement remarked.

He recalled that “a couple of weeks ago when the Lower House of Parliament sat, he had about 10 questions on the Order Paper,” which he said was “submitted over a month ago to the ministers – relevant questions about actions now (and) not a single question on the Order Paper for the House was answered”.

“Yesterday again, we had Senate, the senators submitted questions since in June, and according to the Standing Orders, you have 30 days in which you could answer the question.

“Why two (2) months have elapsed, and it’s over 30 days, and not a single question was answered,” he asked, expressing the view that “I do believe the walkout has served its purpose”.

“So, it means therefore that the question that was on that Order Paper, when Parliament comes back again they wouldn’t be there, and you will have to resubmit the questions and the process recommences…then you would have to wait for another 30 days…and, they (Government Senators) know that.

“We have not had opposition in a long time so, they forgot how to have the regular sitting of Parliament…the Standing Order says you have 30 days but the Speaker of the Lower House, and the President of the Senate, ‘it is as if they are mute. I mean, if they are to follow the Standing Orders then the President of the Senate, and the Speaker of the House can demand the answers from the people who are supposed to answer it but they do not even get a slap on the wrist… and they always say that the question does not come to them on time.” Clement further contended.