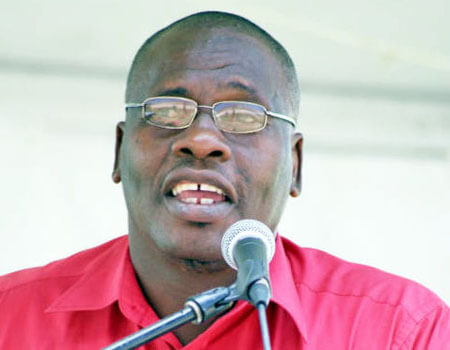 Claude Douglas – due to appear in court on February 8

55-year old lecturer with the T.A Marryshow Community College (TAMCC), Claude Douglas has been charged by officers attached to the Criminal Investigation Department of the Royal Grenada Police Force (RGPF) with four (4) counts of indecent assault.

A brief statement from the Community Relations Department (CRD) of the Royal Grenada Police Force (RGPF) identified the victim as a 19 year old student of River Road, St. George.

The victim, a 19 years old, Student of River Road, St. George is alleging that the incident occurred between January 1st and October 16th, 2021.

Mr. Douglas was granted bail in the sum of ten thousand dollars ($10,000.00) with one surety and is due to appear at the St. George’s Magistrate’s Court on Tuesday 8th February, 2022”.

Sources told THE NEW TODAY that the Director of Public Prosecutions (DPP), Christopher Nelson had given police instructions several days earlier to lay criminal charges against Douglas following an intensive investigation into the allegations.

According to one source, the mother of the student had indicated that her lawyer along with a lawyer for Douglas were holding meetings with TAMCC management on the issue.

Another source quoted the student as telling her mother that Douglas informed her that he was on a Scholarship Committee and would work towards helping her to get one.

A family member said the student admitted to her mother that Douglas had often picked her up and brought her to several places, as well as brought down ground provision from the country “and all kinds of things like that for her”.

She said the student also alleged that on one occasion, the TAMCC lecturer took her into the Quarantine Point area but quickly left with her as “the environment was not right.”

“I don’t know if it had too much a people there and he leave and bring her in the back of the Mall – touch her up, squeeze up her breast, do all kind of thing,” she added.

THE NEW TODAY understands that some male family members of the students were so upset after hearing of the incident and wanted to go and look for Douglas to give him a good beating.