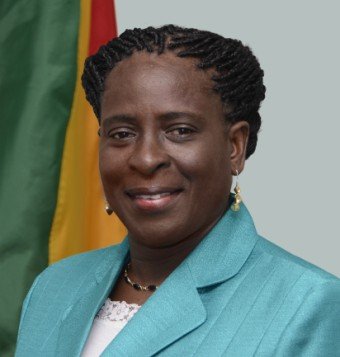 Tourism & Civil Aviation Minister, Dr. Clarice Modeste-Curwen has back tracked on statements she made last week about the employment status of the General Manager of the Maurice Bishop International Airport.

During Tuesday’s weekly post-Cabinet briefing, the Minister was asked to clarify her statements after Trinidadian Wendy Francette-Williams denied resigning from the post of General Manager and was on vacation until January 2021.

During an appearance on national radio two weeks ago, the female government minister said the General Manager had resigned and that discussions were ongoing with Francette-Williams regarding her unused vacation time.

When asked about it this week, the Minister said she had never had such a conversation with the General Manager.

She also said that it was a letter requesting vacation which had been received and not a resignation letter as she had earlier led the public to believe.

“I didn’t say I was in discussions with her on her vacation, her leave. She had expressed the desire to take leave. As a matter of fact it was done in writing. So maybe there might be some misinterpretations so at this point in time I will just leave it that way,” said Dr. Modeste-Curwen.

“She (MBIA Manager) has proceeded on vacation and I did say that her vacation was due somewhere towards the end December, not at the end of the month but subsequently I learned she had few days in January.

The Minister went on: “This is something that had to be rectified and I am doing that (that her leaves ends in January not at the end of December).”

Francette-Williams, described by a past Grenada Airports Authority Chairman of the Board of Directors as “efficient” has been in the post for seven years and during that time the GAA was able to see annual profits.

However, shortly after a voluntary downgrade of the MBIA over firefighting aggregates, the General Manager proceeded on vacation, a move that was said to be forced by the Civil Aviation Minister.

Dr. Modeste-Curwen has denied this.

Former Board Chairman, Joan Gilbert has been brought in as the Acting General Manager and according to the Civil Aviation Minister an investigation into the aggregates issue will take place.

She said changes will be made if they are determined to be necessary for moving forward.

The airport was reinstated to category nine readiness before the departure of the General Manager.

The downgrading was not based solely on the problem of aggregates but also related to personnel and equipment.

The upgrade works had been ongoing since last year, including training of emergency personnel and installing a new fire truck.

Francette-Williams had confirmed that her contract ended several months ago and her terms had been on a monthly basis.

During Tuesday’s press briefing, the Civil Aviation Minister also gave the impression that the General Manager’s employment contract had recently ended, something that is not factual.

“It is common practice that before whatever happens, if your contract has expired you need to take your leave and then decisions are made as to whether your tenure could be renewed or terminated so she has taken her leave – this has been done in writing,” she said.

The Minister also denied that she had asked the General Manager to resign and called the situation a “misunderstanding or a misinterpretation”.

“But certainly I did not have that conversation with her about demanding anything,” the Minister added.