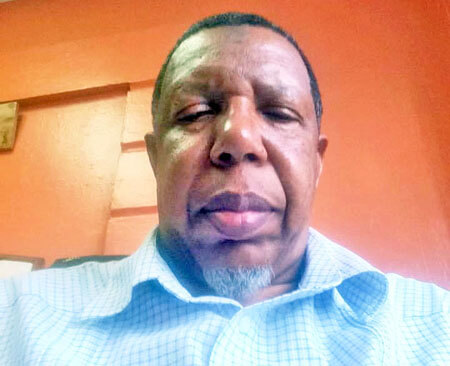 Siddiqi Sylvester – the man behind the Covid-19 monitoring watches

The company which up to now has been responsible for electronically monitoring travellers in home quarantine will be removed from that aspect of Grenada’s COVID-19 defence system.

The change comes after CITI, which is owned by Siddiqi Sylvester of Astral Travel, faced numerous problems with the functioning of the watches as well as monitoring of individuals in home quarantine.

During a media briefing Tuesday, Minister of Health, Nickolas Steele confirmed that CITI will only be responsible for fitting individuals with the GPS devices used to monitor and collect them at the end of the quarantine period.

According to Minister Steele, CITI has been ordered to fix the problems within their system or risk losing the entire contract.

“I had meetings with CITI for them to step up and fix breaches that became most obvious and I am meeting with them again after this press conference to ensure that those breaches, those weaknesses, the management, strengthening of the management system has been done.

“However, with the launch of this new portal and the new devices that we have brought in, it removes a lot of the responsibility of the service provider and passes that on to the more appropriate entities which are the RGPF and Ministry of Health in terms of monitoring.”

A major problem is that the devices in use are not waterproof as advertised and once they are immersed in water they cease to function.

CITI had admitted knowing that the devices were not up to standard but had rushed to start the monitoring programme to meet the Ministry of Health’s deadline for rollout.

Minister Steele said he was aware that the company was trying to meet the deadline set by the ministry.

Another major problem occurred when individuals who turned out to be infected with the virus were able to enter home quarantine without being fitted with a GPS tracker from CITI.

An American medical doctor and his wife who arrived from the United States, visited several restaurants and at least one other person has been infected by the couple.

In addition, 39 persons were put in quarantine due to contact with the couple who is said to have breached Covid-19 regulation.

The Minister of Health has not given any explanation about why the two were able to leave the airport without the electronic tracker which is mandatory for travellers approved for home quarantine.

Grenada has announced 33 confirmed cases of COVID19 since March. All are imported cases or import related.

Minister Steele announced Tuesday that there are currently four active cases with mild symptoms of runny nose and diarrhea.

He also told reporters that new devices have been ordered and they were due to arrive in Grenada this week.

In a separate telephone conversation, Minister Steele said CITI will purchase the GPS watches from the government.

Under the new system, the police and the Ministry of Health will be responsible for the actual monitoring of the electronic devices and according to the Minister alerts will be sent to the police in the district where a breach of the quarantine area occurs.

The job of monitoring the devices will now be done through the Quarantine Management, Travel management System, a Web portal through which the entire COVID-19 control and prevention operation will be coordinated and monitored.

NADMA, the police and over a hundred wardens and contact tracers are being utilised, the Minister said.

He explained that the system, which is also being used by St Lucia, Jamaica and Turks and Caicos Islands, puts all of the pieces together and everyone involved is in full communication.

The Web Portal allows for inbound travellers to register and request home quarantine and input information includes confirmed bookings for quarantine stay and evidence of a negative PCR test.

If there is community spread or clusters then the system would be able to manage this as well.