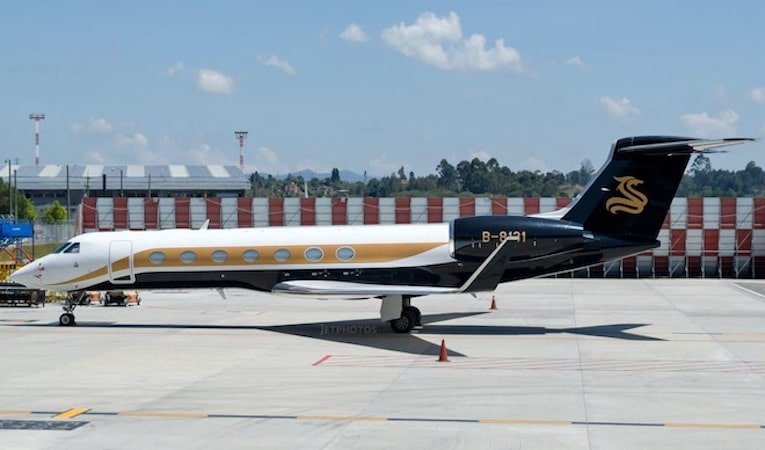 The controversial plane on the tarmac at MBIA

THE NEW TODAY can confirm that a plane carrying a small amount of Chinese nationals landed at the Maurice Bishop International Airport (MBIA) in the wee hours of Friday morning.

When contacted Noel admitted that he did pick up the Chinese from the plane but declined to say where he took them on the grounds of security.

Asked if he wore a mask to protect himself in light of the deadly coronavirus now ravaging China, the ex-bodyguard said that there was no need to do that since the visiting Chinese were examined by a nurse stationed at the airport.

THE NEW TODAY spoke with Acting Chief Medical Officer (CMO) in the Ministry of Health, Dr. Francis Martin who said that he was unaware of the Chinese entering Grenada and he gave an undertaken to look into the matter.

In addition, government has moved to quarantine for 14 days all returning nationals from China.

Dr. Martin said that he would have to look into the information provided to him to ascertain whether the latest batch of Chinese came directly from China or another country.

Within an hour, Dr. Martin called to say that he had looked into the matter and was satisfied that the people who came on the plane did not pose any threat to Grenada.

When asked if the passengers onboard the plane were arriving Chinese nationals, the CMO was rather evasive and would not confirm or deny.

Dr. Martin reiterated that the passengers did not pose any health risks to Grenadians and suggested that THE NEW TODAY contact the Operations Manager at MBIA to get more particulars about the arriving plane.

This newspaper was not successful in reaching the senior MBIA official although a message was left with her office.

About three weeks ago, Grenadians expressed grave concerns when news broke that a Chinese plane had arrived at MBIA carrying a number of Chinese businessman.

THE NEW TODAY cannot confirm whether it was the same plane with Chinese businessmen that came into the country three weeks ago.

The Ministry of Health statement issued on February 2 said that there will be  new entry restrictions for individuals traveling from China due to the ongoing novel coronavirus (2019-nCoV).

Any non-national who has travel history to mainland China within the past 14 days, either originating or in transit, will not be allowed entry at any local port.

All nationals with similar travel history will be placed under a 14-day quarantine as a precaution.

As of Sunday, February 9, no cases of coronavirus have been confirmed in Grenada. It is unclear how long the new entry restrictions will remain in place

Ariel Bolah’s killer to be sentenced on April 8