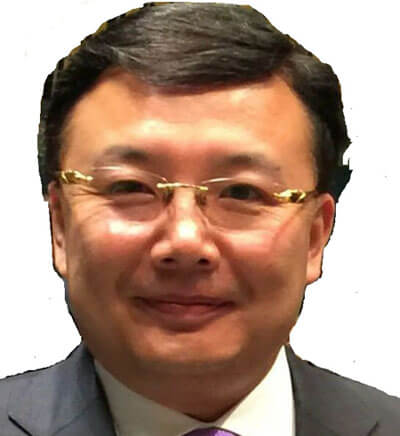 Outgoing Foreign Affairs Minister, Peter David has confirmed that Chinese fraudster, Charles Liu remains in possession of a Grenada diplomatic passport issued to him, almost five years after being charged for fraud in the United States.

Speaking to reporters Tuesday at the weekly post-Cabinet press briefing, Minister Peter David who is due to become the island’s new Minister of Agriculture in the first week of October, said that Liu still has the Grenada diplomatic passport in his possession.

THE NEW TODAY had raised the issue of Liu’s status following a question submitted in Parliament by Opposition Leader Tobias Clement who asked for a list of all persons holding Grenada diplomatic passport and their place of birth.

When the question was posed by a local reporter this week, Minister David said: “With respect to the passport of the gentleman you referred to (Charles Liu), the question asked in Parliament recently was diplomatic positions. He does not hold a diplomatic position but respect to his passport, his passport is still a valid passport. I am not sure of the date of expiry.

Minister David went on: “I would have to review his (Liu passport) but he does not have a diplomatic appointment at this time despite the fact that he will hold a diplomatic passport because of him holding a diplomatic position in the past.”

Liu’s name was not included in a list of 60 persons that David’s Ministry of Foreign affairs had submitted a month ago to Parliament as holders of Grenada’s Diplomatic passports.

A week later, Minister David told Parliament that the list was not complete.

The Foreign Affairs Minister acknowledged that Grenada is still determining what action should be taken, almost five years after the Mt. Hartman project stalled and Liu fled California where he had been a resident.

“All passports are being reviewed. The review started before COVID-19. Every issue like that (fraud case) would be reviewed and the necessary action taken,” he said.

The Securities and Exchange Commission (SEC) brought a civil action against Charles Liu and his wife, Xin Wang, alleging that they committed securities fraud by soliciting and misappropriating millions of dollars from foreign investors under the EB-5 Immigrant Investor Program.

The district court in California found for the SEC, and, among other penalties not at issue, ordered disgorgement equal to the full amount petitioners had raised from investors, less a small amount that remained in petitioners’ corporate accounts.

Despite Liu’s legal problems in the US, it is believed that he continues to have business dealings with the Mitchell-led government in St. George’s.

The government had maintained that the alleged fraud committed in the US was not Grenada’s problem however no evidence has ever been presented to suggest that the illegal funds were not used on the Mt. Hartman project.

Liu, who was considered as the main figure behind the planned US$2-billion resort development project in the south of the island, was awarded a diplomatic passport and agent status in Grenada’s Citizenship by investment programme.

He was appointed as a Grenada Ambassador and Commercial Attaché in 2014.

Shortly after commencing operations in Grenada, the Chinese national was charged by the US Securities Exchange Commission (SEC) with running a visa scam through which he bilked Chinese investors out of US$27million.

An embarrassed New National Party (NNP) government of Prime Minister Mitchell said at the time that the matter was being closely monitored and that appropriate action would be taken.

However, despite the multiple rulings against Liu in the SEC matter, he continues to enjoy possession and use of diplomatic status representing Grenada.

Liu is the second high profile person to be granted Grenada diplomatic status and to run afoul of U.S law.

The first was Eric Resteiner who was identified in official U.S government documents as paying an alleged bribe of U.S$500, 000.00 to current Prime Minister Mitchell in June 2000 in exchange for a diplomatic passport and ambassadorial position.

Resteiner who spent 7 years in a U.S prison is now living in The Seychelles and recently turned down an interview by international media network Al Jazeera on his dealing with the NNP regime.

Liu and his wife allegedly misused about US$18-million from the monies collected from investors in their project which was being promoted as a cancer treatment facility.

U.S State and Federal Courts have since ruled against the couple and it now has to be determined whether they should repay the full amount or whether the disgorgement order should be based on the net profits of their business.

The Chinese couple appealed to the United States Court of Appeals for the Ninth Circuit, asserting they had not defrauded the investors since they were not seeking profits or securities but instead visas.

The US ruling consists of a disgorgement order which forces them to repay the funds which they acquired through illegal means and they have also been permanently banned from participating in the US EB-5 visa programme.

In 2016 Economic Development Minister Oliver Joseph said government had been given assurances by other investors involved in the Mount Hartman Resort development that the project would continue despite the Lui debacle in the US but this did not happen.

Recently the Government announced that a new set of investors of Chinese origin had come on board to do the project.

A diplomatic passport is valid for five years and Liu’s passport was valid during the period that the US Courts ruled against him for fraud.