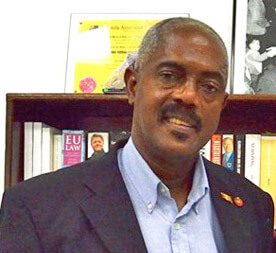 Former Trade Unionist, and outgoing President of the Senate, Chester Humphrey has added his voice to the debate on the recent termination, and transfer of workers on the sister isle of Carriacou, who were employed by the former Keith Mitchell-led administration, describing the action taken under the newly installed government of Prime Minister Dickon Mitchell as “grave injustices to ordinary working people.”

Humphrey, who has also served as Labour Representative in the Upper House of Parliament, expressed this view during an interview Monday on The Narrative, days after concerns were raised in the public domain by officials of the Public Workers Union (PWU) in St. George’s last week Thursday.

He revealed that he was previously contacted by “several people in Carriacou” to whom he gave “certain kinds of advice” for them to follow, and expressed the view that “those decisions (taken against them) are wrong in law,” and “if the trade unions pick it up they can get those decisions reversed.”

The former President-General of the Technical & Allied Workers Union (TAWU) said that “the injustices meted out to a number of workers who were unfairly dismissed, and are blatantly, and openly victimised will get redress.”

“These are just wrong…and, they are in breach of these people’s rights including the basic principles of natural justice, and I am certain that the leader of the Government, a very successful corporate attorney, will be more than familiar with these basic tenets of justice in our legal system, and they ought to be corrected,” he remarked.

“The government will need to put an immediate handle on that because it is counter to the philosophy that they have announced, the covenant that they have engaged the people in, and I do not believe that would serve them any good at all,” he said.

However, Humphrey’s remarks have intensified the debate surrounding the treatment meted out to members of the public service over the years.

Political Activist, Kem Jones, is among the critics, who contended that the workers in question, were not appointed by the Public Service Commission (PSC), but were “on-call” and has provided as evidence a copy of the dismissal letter, which outlined the terms and conditions of their employment.

Jones, who was once a supporter of the New National Party (NNP) and now is aligned to the ruling National Democratic Congress (NDC), said it is important to note that Humphrey has served in the former government and was never heard publicly speaking out against acts of victimisation against individuals like Judy Benoit, Gemma-Bain Thomas, Veronica Charles, and most recently Rachael Roberts, who were victimised when they were transferred by the former Keith Mitchell led regime, which was voted out of office in June.

He also contended that the termination of the four (4) workers was “legitimate,” citing a “need to see more of this happening in some of those other departments because the transformational agenda will not be fulfilled if that does not happen.”

“The NNP has a record of bringing in their cronies, friends, colleagues, people who are not even qualified for certain work. We must understand that there are people in the service who must go home because we cannot, and it’s common sense, you cannot say to me that you have a transformational agenda, you coming to do things differently, and you have the same people in different positions – it just does not work that way,” Jones quipped.

“In other words, they would continue with the same ole, same ole, so it is common sense that the new government will have to do transfers, bring in new people, and those who are there but will not come on board with the transformational agenda, then they will have to step aside.”

“The NDC is taking their time to do what they have to do but when they do what they do, they are doing so, in the legal, proper way, and we need to face that fact.”

Labour and Legal Affairs Minister, Claudette Joseph, who is also the Attorney General, had addressed the issue on Sunday, describing the allegations of unfair dismissal, which come approximately two (2) months into the running of the new government, as “mischief and propaganda,” and took the opportunity to reiterate the new government’s campaign promise to public servants about commitment to regularise all contracts and temporary workers in the public service.

Additionally, Minister Joseph said that the new Dickon Mitchell-led administration is faced with “obstinate” on the part of some persons who were employed on political appointments under the former regime, and refuse to do the right thing and resign.

“You know when there is a change of government, some people, especially those who were given what we call political appointments, the decent thing that happens is that resignations are tendered, and people walk because they know their positions as political appointees but we have instances of people being very obstinate in the face of the new government, and refusing to walk while knowing full well they are not on the public service establishment,” she said.

Minister Joseph charged that the government “cannot dismiss people, without going through a proper, and lengthy procedure, who are established public officers and who are appointed by the Public Service Commission (because) we will run into problems just as the previous administration ran into problems with Gemma-Bain Thomas, Veronica Charles, and Rachel Roberts, and the list goes on.”

This is an obvious reference to the ruling of the court in favour of these public officers who ran into problems under the former regime.