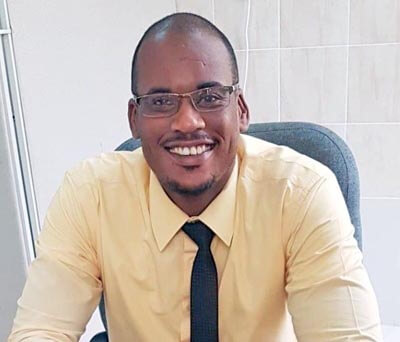 Tuesday’s election among public officers in Grenada has resulted in an almost clean sweep out of the current executive members of the Public Workers Union (PWU) and a new President taking up office at the end of the month.

The newly elected President of the union (PWU), Brian Grimes who defeated the incumbent Rachel Roberts by a mere 35 votes, will have as his deputy Finbar Thomas with the 2nd Vice-President position going to Beryl-Ann Clarkson, the daughter of former President, the late Lauret Clarkson.

Atasha Gilbert had earlier landed the post of Assistant Secretary of PWU as no one had challenged her on Nomination Day for the position.

Only Daisy Hazzard (Public Relations Officer) and Paula Phillip (Treasurer) managed to hold onto their posts in the election which was noted by a low turn-out of voters at the polls.

In an exclusive interview with THE NEW TODAY, Grimes, a former employee with the Customs Department, gave assurances that public sector employees in Grenada can look towards him for “consistent and committed leadership – not seasonal leadership”.

According to the new PWU leader, the workers will be hearing from him on a frequent basis and they can expect to see increased visits to workplaces, as well as consistent advocacy on issues affecting them, and a more united Executive to run the affairs of the union.

Grimes was also asked to comment on what his approach will be in dealing with the 4% salary issue which is the most topical matter among public sector employees in the country at the moment in light of government’s decision to renege on the signed agreement because of cash flow problems in the Treasury.

“The 4% issue is a very important issue for public officers at this point with the exponential increase in inflation throughout the country,” he said.

Asked if he did not yet have concrete plans at this stage to resolve the 4% issue, Grimes said: “I wouldn’t say that. I am only the President-elect and I will have to go inside there and analyse things. What I am definitely sure is that there will be a fight to attain that 4%. The method used has to be based on analysis, sitting with my fellow executive members, as well as my fellow unions”.

The payment was due to take effect at the end of January but the Keith Mitchell-led New National Party (NNP) administration told public sector unions that the payments will be made no later than December 30, 2021.

The Grenada Union of Teachers (GUT) has started a limited form of industrial action to force government to honour the agreement.

Grimes who has had very tense relations with the outgoing President, was asked whether there has been any communication between himself and Roberts since the election results became clear Tuesday night.

He said “We have not spoken as yet – it’s just a day after so we haven’t communicated as yet.”

Asked whether he would reach out to her or expected her to initiate the call, Grimes said: “It doesn’t make a difference, it’s my sister in the movement, it could go either way. There is no bad blood, there was a democratic election, the last time she beat me and this time I was victorious but all of us are trade unionists under one umbrella under the Public Workers Union, so the formalities and protocol are minor. I think we have the same mission to raise the level of the movement and what’s going on within the movement and in our union at this point in time.

Grimes denied allegations that he had put a block on his phone for some time now to prevent any communication between Roberts and himself.

“Oh gosh, no, no. There is absolutely no truth to that. I have more maturity than that. That’s not true,” he quipped.

THE NEW TODAY understands that Grimes did make a call Thursday morning to Roberts and indicated that he had a new cellphone number and that she was calling the old one.

The new PWU President-elected was also asked whether he was not concerned about the relatively low turnout of votes at the election by public sector employees and if this might not be sending a particular message to their union bosses as just over 1, 000 workers casted ballots.

Grimes said: “Based on the intelligence I got, a number of workers were turned away because their names were not on the list so the participation – the numbers you see is not a true reflection of the intent of the public workers to take part in the democratic process.

“…That is one of the things that has to be addressed as an executive in going forward to ensure that people who are paying dues they are on the list to ensure they can exercise their voting rights without any hindrance,” he added.

Asked if their names were taken off the list or they were just not registered to vote, Grimes said: “I cannot give you definitive analysis of what the problem was but what I can say is that I got strong feedback from workers that many went and that they could not vote despite paying dues – they were told that their names were not on the list.

“I can’t say who is responsible – it will be irresponsible of me to just throw out blame so maybe you can speak to who is heading the organisation now to find out why that is. That was a factor in (Tuesday’s) election without a doubt,” he remarked.

Grimes’ two year term of office is due to begin on March 31.