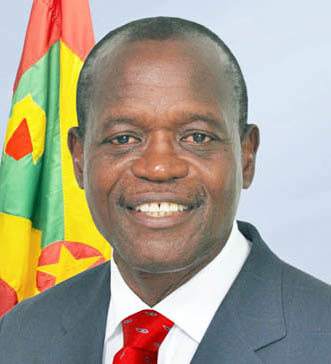 A humble servant, who was quietly determined, a true patriot, loving Kayak, a friend, mentor, political father, an astute parliamentarian and formidable politician, a stalwart, who eloquently and passionately lobbied for the development of the people of the twin-island constituency of Carriacou and Petite Martinique.

Those were just a few of the words and phrases echoed by Parliamentarians during a Joint Sitting of the Upper and Lower Houses of Parliament on Tuesday, as they reminisced on the contributions to national development and the characteristics possessed by the late former Deputy Prime Minister, Elvin George Nimrod, who passed away in the United States on February 6 at the age of 78.

The Parliamentarians were making their contributions to a motion moved by Prime Minister Dr. Keith Mitchell to celebrate and honour the life of Nimrod and his noteworthy contributions to national development, particularly on the sister isles during his 19-year tenure as its Member of Parliament.

After several years practicing law in New York, Nimrod returned to Carriacou where he contested the 1995 General Elections as an independent candidate but did not win the seat.

In 1997, he became a member of the Senate under Dr. Mitchell’s New National Party (NNP) government and two years later in 1999, he was elected on its ticket to become an elected Member of Parliament, a designation he held for four consecutive terms until he retired from frontline politics just before the 2018 General Elections as Minister for Legal Affairs.

In paying an emotional tribute to his former colleague and long-time friend, PM Mitchell reminded his fellow parliamentarians that service is just for a time and encouraged them to do what is right and to not make enemies along their political sojourn.

‘During this time, make no enemies…Nimrod did not leave enemies. I will not leave enemies…So, every day (let us) make it one more day in preparation for our departure from this House; that is Nimrod’s legacy and that is the legacy all of us must leave,” the Grenadian leader told the sitting.

Prime Minister Mitchell, who recalled that Nimrod was a bit “reluctant” when first approached to join the NNP in the 1990s, praised him for his leadership and the unwavering pursuit of development opportunities for the sister isles, expressing the view that “he (Nimrod) has to get most of the credit” for the progress made over the years.

“Carriacou was transformed between 1999 and 2003,” the Prime Minister said, alluding to the fact that before this period, Carriacou was without proper roads, telephone, and even electricity.

“Nimrod, with his leadership in 1999-2003 modernised Carriacou and Petite Martinique, all the roads throughout the different sections that you see, the fact is, we spent millions and millions of dollars…,” he said.

Nimrod has to get most of the credit – that is the point I am making here today for the transformation of Carriacou (and) he has to be given credit,” he added.

Prime Minister Mitchell cited the building of the existing police station on the sister isle of Petite Martinique in 1997, as one of Nimrod’s major achievements, despite the many grumblings back then from members of the opposition.

“… Colleagues, all of us must remember this, Nimrod is gone and we (are) going one day; we all have to leave this house one day and we must always remember our responsibility first to what is right. It is not always what is popular.

“When people are clear that it is not games you are playing, you would never lose permanent support, you may lose temporary support (but) people learn to respect you once you stand on principle…so, as a lesson to young parliamentarians coming to serve, always remember to stand for what is right (and) not what you believe is (popular) always.”

Pointing to Nimrod’s charismatic engagements with his constituents, the Grenadian Leader noted that the late MP from the sister isles “was the only representative who increased his support in his constituency from 2003 to 2008 when we lost the election and ended up in the opposition.”

The current MP for Carriacou and Petite Martinique, attorney-at-law, Kindra Maturine-Stewart, stressed that Nimrod was committed to giving back to the land of his birth in a meaningful way.

“He once said that he was prepared to die for the people of Carriacou and Petite Martinique and we believe that he would have done just that,” she told Parliament.

Agriculture Minister Peter David, the former Congress member who is now a full-fledged card bearing member of NNP spoke about the role played by Nimrod to facilitate his entry into the ruling party.

“For me, Nimrod was one of the persons that made my entry into the NNP smooth. He was guiding me through this process and I was very, very grateful to him for that because it has turned out to be one of the most successful and best decisions I took at the time and Nimrod was at the core of that (and) I thank him for that,” he said.

David, the current Member of Parliament for the Town of St George, referred to Nimrod as one of the best Foreign Affairs minister to serve Grenada.

He said: “I think that he was one of our best foreign ministers over the years, the longest-serving Foreign Minister…and his major accomplishment to my mind is his work done in re-establishing relations with the People’s Republic of China…and it will stand out as a major achievement in Grenada’s history of foreign policy.

“In fact, the relations with that country (China) has continued to be one of the deepest relations that has led to benefits for our country and Elvin Nimrod was at the center of that,” he added.

Government Senator, Judd Cadet told the sitting that Nimrod’s legacy especially, having been elected as the twin-island MP for four consecutive elections “serves as a deep inspiration for young people like myself who have a great interest in politics”.

“History will teach us…that when you look at the data… 1984 NNP had 84% of the votes there in Carriacou, look at 1990 and you will see a decline, significantly 1.5% of the votes cast; you look at 1995, my brother Tobias (Clement now) Leader of the Opposition (got) 6.5% of the votes cast but in 1999 you see a trajectory of an increased vote (when the NNP had its first clean sweep at the polls), which turned that seat, that probably would have been considered a lost seat based on the last two elections, to become a very safe seat and as a young politician, the question is, how did he manage to do that? ”

“The new generation of politicians need to study the life of people like Nimrod and how they were able to do it – “this is a feat based on service and he (Nimrod) was able to live up to the expectations. And so, Elvin Nimrod is an example for young people (to) follow – he was a true statesman.”

According to the country’s longest serving female MP, Min. Clarice Modeste-Curwen, “he (Nimrod) was always proud that he was able to negotiate shelter for the people of Grenada, Carriacou and Petite Martinique.

The motion laid before the Houses of Parliament recognised the “substantial contributions” Nimrod has made “as a resolute parliamentarian and an exemplar of erudite principles acknowledged throughout the region.”

PM Mitchell informed Parliament that Nimrod family was arranging the plans to bring the body back to Carriacou from Miami in the coming week.

He said that “a team of public servants is now working with the family “in preparation for his official funeral, which will be held on the sister isle of Carriacou on a date to be announced.