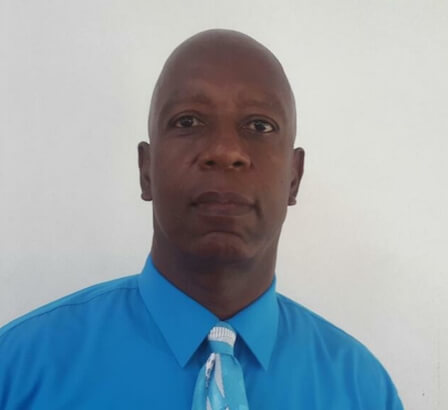 Leo Cato – still at the helm of GCNA business

Leo Cato is back at the helm of the Grenada Co-operative Nutmeg Association (GCNA) as Chairman of the Board of Directors.

The St. Andrew farmer got the nod Tuesday at the first meeting of the newly constituted Board of Directors held at the GCNA head office on the Lagoon road in St. George’s.

“We just did not win – we won handsomely,” said a senior member of the GCNA Executive who is loyal to Cato.

According to the official, the suspicion that the three nominees selected by government to serve on the board might have made a move to replace Cato as the Chairman with another of the farmer’s representative did not materialise during the meeting.

He said that Cato was nominated to remain as Chairman by Board member Matthew Joseph and he was seconded within seconds by two other members – Naline Joseph and Wayne George.

“We had everything our way”, he said.

The nutmeg association is facing a serious move by the Keith Mitchell-led ruling New National Party (NNP) government to dissolve itself and to merge into a new company with the Grenada Cocoa Association (GCA) and to face the prospects of liberalisation of the industry.

Sources have said that Cato is considered in government quarters as a stumbling block in the way of the merger and the liberalisation process.

According to the source, most of the farmers on the island are in favour of the merger of GCNA and GCA but became incensed after the leak of the first draft bill by government to create the new company.

‘The first draft is something to be burnt,” he said.

The source pointed out that the farmers rejected the merger plan after the bill attempted to give the Minister of Agriculture Yolande Bain-Horsford sweeping powers to select all the seven or nine members to serve on the Board of Directors for the new company.

In addition, the Minister was given the authority to hand out export licenses to persons who wanted to become involved in the overseas sales of nutmegs, mace and cocoa.

The source said that the 5-member government Merger Committee that has been meeting for the past two months has been put on hold due to the position adopted by GCNA.

He spoke of Cato informing the body that he will have to go back to farmers at a delegates meeting to seek a fresh mandate to engage in discussions on the issue.

THE NEW TODAY understands that the farmers took the position last month not to proceed with the merger while GCA agreed to the merger but on certain conditions.

The spokesman said that GCA took a decision to oppose merger if the monopoly on sales is removed from them.

“We are meeting the 3rd  Tuesday to discuss and to go back to the delegates to give a fresh mandate. So right now the Merger Committee (is) stalled,” he said.

The nutmeg and cocoa industry was the predominant export crops for Grenada but in recent years a sharp drop in production has resulted in a significant decline in the industry.