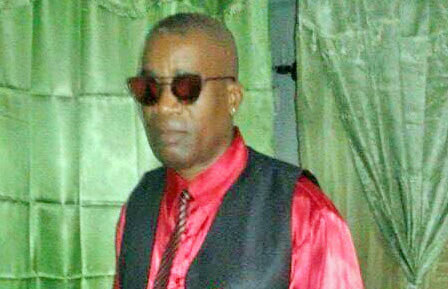 Carriacou school teacher Leslie Stewart has been arrested and charged for child pornography.

55-year old Stewart has been accused of sending scores of sexually explicit messages to one of his female students at the Hillsborough Secondary School on the sister isle of Carriacou.

An investigation was launched about two weeks ago after the student’s father made a report to the authorities after discovering the messages which had been sent over the last year.

The matter was handed over to the office of the Director of Public Prosecutions (DPP) which advised that there was sufficient evidence for the police to arrest Stewart.

The suspect was arrested in Carriacou on Thursday and charged under the Electronic Crimes Act.

Stewart has been detained and is being brought to the mainland to appear before Chief Magistrate Teddy St Louis on Friday.

News of the arrest has attracted reaction from many people in Carriacou who say they are pleased that the school teacher is finally being brought to justice.

“I am happy that more people are coming forward. It’s about time and I am just happy that at least the truth is out, finally. I am also happy that he may be able to get some help and that his victims’ voices will be heard including my voice,” commented one woman who told her story of being abused by Stewart as far back as 1996.

In this latest incident, over six hundred printed pages of messages sent to the 15 year old student have been recovered, most related to her body. The messages date back to April 2020 at the start of the COVID-19 lockdown.

The family retained legal counsel in order to ensure the matter was investigated and the Minister of Education, Emmalin Pierre was informed through a letter, though there has been no response from her office.

During the course of our investigation we were given the names of half a dozen teenagers who received sexually explicit messages from the teacher and who had been sexually molested by him.

It also appears that other parents had reported directly to the School Principal and the Vice Principal was also informed when another teacher discovered messages on a student’s phone.

On Friday, an anti-Child Sexual Abuse march will be held in Carriacou. The march has been organised as a result of the public outcry against Stewart.

Since the story of the decades-long child sexual abuse was broken by THE NEW TODAY two weeks ago, more and more victims have been coming forward to say they too had been victimised by the teacher.

Even relatives of Stewart, including a cousin have come forward to corroborate the allegations.

Sources on the sister isle have also told this newspaper that primary school students are among those claiming to be aware of his actions.

There have been allegations of attempted rape of females on beaches in Carriacou and one source revealed that students of the school’s fifth form went directly to Principal Brian Lendore to report incidents involving the teacher which they deemed to be inappropriate.

Our investigation has revealed that senior officials within the school district and law enforcement officers had been informed of the situation as far back as 1997 but the allegations had never been investigated or acted upon.

Among the reports being linked to the teacher is the pregnancy of a 13 year old girl who was forced to drop out of the school in form two as a result. The matter was investigated but no one was charged.

THE NEW TODAY contacted Minister Pierre to inquire about whether her Ministry will carry out a separate investigation to determine whether Ministry officials had knowingly covered up the abuse.

Her response was that it is up to the Office of the Attorney General and the Public Service Commission (PSC) to carry out such an investigation.