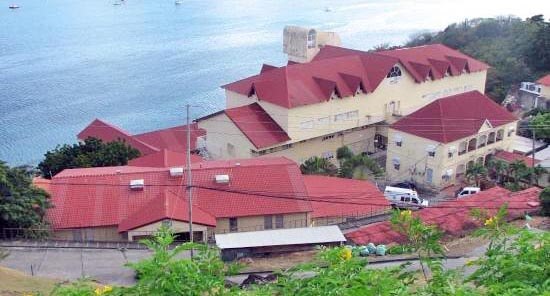 The St. George’s General Hospital is once again under the radar for its medical services offered to Grenadians

That’s the lament of an employee at the St. George’s General Hospital as he complained of slackness among staff which often results in the unfortunate deaths in particular of babies and a number of other persons.

In an expose of the workings of the hospital, the employee charged that too many babies are dying in the island’s premier medical institution due to lack of care and attention from inexperienced nurses.

He spoke of the death of a baby belonging to a pregnant mother who was the girlfriend of his own friend.

According to the hospital staffer, the mother had complications and was kept too long in the Casualty Department instead of taking her to the Maternity Ward.

He said the pregnant mother was kept there for about three hours and by the time she was taken to the Maternity ward “the child was discovered dead” inside her.

He related another case in which a pregnant woman came into the Casualty Department and was complaining that she felt her pressure was very high.

The staffer said that the woman was told that an injection would be administered to deal with the pressure but it was allegedly an injection instead to force her into labour to make the baby.

He said: “The next two minutes she start to get labour – they induce pain and they don’t tell her that. She go in the toilet and next thing the child “bridge” and they want to cut her to take the child”.

The staffer indicated that before the pregnant woman could sign the paper for the surgery “the child dead again”.

“We too slack in this place. They need to sue people. You know how many babies that die, and patients due to carelessness at the hospital,” he remarked.

The hospital worker also revealed that a woman died after a nurse refused to assist her in getting oxygen to breathe.

He said the patient told the nurse that she can’t breathe because the oxygen had finished.

“She leave the patient there and the patient died. She refuse to go and give her oxygen. She didn’t even have to go personally and put on the oxygen – all she had to do was call the Gas Bank and they coming and put the Oxygen dey.

Related:  Vaccination is mandatory at SGU

The employee indicated that one of the problems at the General Hospital is that the “good set of nurses are leaving” for betterment elsewhere and the replacements are coming from the programme administered by St. George’s University (SGU).

He lamented that government is hiring those SGU nurses who just come out of school and are put on the ward but really show no care for patients as the older set of nurses from yesteryear.

“They just come for the money. I am telling you the honest truth – the nurses are just coming here to work for the money. They come out in SGU – young nurses and they just don’t care. They don’t even want to bathe patients,” he remarked.

According to the staffer, patient care is badly lacking at the General Hospital and he called for patients to speak out more publicly and open about their bad experiences at the hospital.

“As a worker ah does want to talk but ah can’t talk – I could tell people certain things but people need to talk. This thing has to stop, people’s life at stake,” he said.

The employee made mention of a conversation that he had with a female doctor who told him that she did not want to stay long at the hospital when she saw the things that were happening at the medical facility.

“She say, I don’t want to stay here long because she see too much patients dying not because they can’t help them, because (of) the things that they need and they are dying… and she didn’t stay long in truth – she gone”.

THE NEW TODAY is aware of a case a few years ago in which the State had to pay out over EC$200, 000.00 to the widow of an Inspector of Police who bled to death at the General Hospital after the wrong tablets were administered to him.