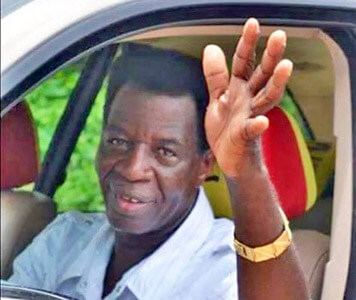 Longstanding politician and former government minister Michael Baptiste believes that the time is ripe for the new Congress administration to set up a team of forensic experts to investigate allegations of public impropriety, and corruption under the former New National Party (NNP) regime of long-serving Prime Minister Dr. Keith Mitchell, who is now Leader of the Opposition in Parliament.

Baptiste called the 4-month-old Congress government to action when he appeared as a guest on Sunday’s The Bubb Report with Host Dr. Kellon Bubb, days after Prime Minister Dickon Mitchell leveled allegations of public impropriety and corruption against the Keith Mitchell regime, which was voted out of office in June after two (2) consecutive terms.

“This new government must put together a team of experts in the field of forensic auditing to investigate all of these matters whether it is the foundation FAITH, (or) the sale of diplomatic passports…,” he said.

“…The time has come where we must stop talking, and put together a team of experts to investigate all of these outstanding matters…it is the duty of this government now to bring these people to justice, not by Town Hall meetings. We want to see concrete steps taken where a genuine investigation is launched,” he added.

Prime Minister Dickon Mitchell disclosed that EC$6.8 million was paid in two (2) years to a controversial non-profit outfit known as FAITH Organisation for People’s Development Corporation Inc. which involves a sister of former Education Minister and Member of Parliament for St. Andrew South East Emmalin Pierre that was contracted by the former NNP regime to manage the sanitisation of schools during the COVID-19 pandemic.

PM Dickon Mitchell’s announcement came approximately one (1) month after Attorney General, Senator Claudette Joseph promised to leave no stone unturned in investigations into FAITH, speaking of there being “a gross misallocation” of funds, and that “based on all that we have seen so far we do not believe that government was getting value for money concerning the alleged services provided by that company.”

Addressing the government’s Town Hall meeting in St. George last week Monday, Prime Minister Dickon Mitchell also alluded to the unscrupulous sale of a diplomatic passport by the former NNP regime to a Polish citizen for US$290, 000.00, according to a Cabinet conclusion, in which US$150, 000.00 was paid into the Consolidated Fund, and US$140, 000, 00 was deposited into the account of the NNP South St. George constituency office.

Baptiste, who served as Agriculture Minister with the 1995-99 NNP government of Dr. Mitchell recalled that when the former Grenada Prime Minister “went on trial (some years ago) in the Federal Court in the United States for the same thing, and he had the opportunity to stand in open court and say I am not guilty (but) instead hid behind the Head of State, and asked the United States government to give him immunity from prosecution.”

“When you ask for immunity from prosecution you are saying that you are mindful that the outcome of the trial could take away your civil liberties,” noted Baptiste, who believes that the new Dickon Mitchell regime should learn from the mistakes of the former 2008-2013 Tillman Thomas administration, and use this development as an “opportunity to set up an inquiry involving forensic auditors to investigate the sale of passports under the NNP,” which introduced the Citizenship by Investment (CBI) programme shortly after assuming office in 2013.

“He now has a link…the Prime Minister should now go back, and look at all the dealings of the New National Party selling passports. It did not start with this Polish gentleman. Eric Resteiner told the world, and … he said (that) he gave $500, 000.00 in St. George’s, and … Dr. Mitchell (went) to his home to collect the remainder of that $500, 000.00.”

According to Baptiste, “there was no record of that $500, 000.00 that Eric Resteiner claimed that he gave the Prime Minister in St. George’s.”

“There is no record of that in the treasury…so, now we have a starting point where we can say, look, this is the behavioural pattern of the (NNP) government, where either all goes to another place other than the Consolidated Fund, or now we saw where the partial payment was made to the treasury, and another part, which can represent the remainder of the balance due went to a constituency office. You can’t marry those two,” he remarked.

Baptiste also expressed the view that “Dr. Mitchell has learned a lot since the Eric Resteiner matter (and) has found a legal way to channel money from the consolidated fund pet projects where there is no accountability.”

The former Opposition Leader and MP for St Andrew South-west suggested that the Dickon Mitchell-led administration in St. George’s “could use the Polish gentleman to give important evidence as to the conversations, the people involved, who created the opportunity for him to deposit that money into the constituency fund.”

“He may have some very good information…I was expecting the Prime Minister to hold this man tight, give him immunity, and allow him to relay to you the workings of how, and who are the players because there are other players involved that we are not hearing about,” he said.

Baptiste argued that “the Polish citizen has gambled by giving money to a place other than the official place where he gave the US$150, 000.00,” and that “he knew well what he was doing,” and advanced the argument that “if the NNP had won the elections, he would just blink and collect his passport, and no one would hear anything.”

“So, there is a need now for a forensic auditor to start an investigation,” Baptiste declared.