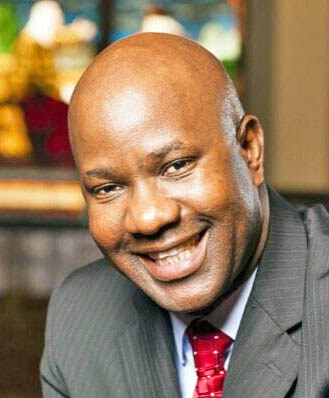 A former Grenada Senator living in the Diaspora has urged the new Dickon Mitchell-led government at the Botanical Gardens to build up a cadre of career civil servants to serve the island in the Diplomatic field.

Reverend Terrence Griffith, who runs a church in the United States, said that Prime Minister Dickon Mitchell needs to “move expeditiously to ensure that the Diplomatic Corps do not engage in political activities.

This is not to say that appointments should not be political but when the diplomat takes office, he or she should be prohibited from engaging in direct political activity,” he told THE NEW TODAY in an exclusive interview.

“I believe this will preserve the integrity of the office. Having said that, there are Civil servants who desire to be career diplomats and should be given the opportunity. This will ensure continuity on the diplomatic field when governments change,” he said.

Rev. Griffith addressed the issue against the backdrop of an announcement from PM Dickon Mitchell and his National Democratic Congress (NDC) government to recall all overseas diplomats, mainly non-nationals who served under the former Keith Mitchell-led administration.

Newly appointed Foreign Affairs Minister Joseph Andall disclosed at the first post-Cabinet press briefing Tuesday that the 3-week old government would follow the recommendation of the Cheltenham report and ensure that only nationals are appointed to serve as diplomats.

“Now, all these people who cannot speak a word of English or Grenadian, running around representing Grenada because they paid for it should be summarily removed. However, in cleaning houses there should be an exit interview to determine the activities these people were engaged in,” he said.

The former NDC Senator in the 1980’s also called for the setting up of a Commission to investigate the practices of the previous government in the diplomatic field.

This, he said, is needed in order to ensure that “enduring protocols can be established in the Ministry of Foreign Affairs, and all political appointees should be confirmed by Parliament.”

“In all of this, wisdom, patience and an even hand approach should be used. Knee jerk reactions never pans out good, and Magic Cure Alls and Panaceas never last. Patient, persistent, effort are what will distinguish this government as level headed and progressive.” he added.