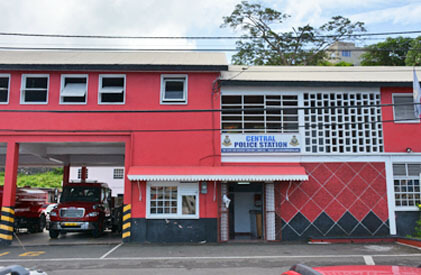 Grenadians have been using public forums this week to call for an independent investigation into the death of Ravi Shevi Baptiste who died while in police custody.

The police have consistently claimed that Baptiste, 34, hanged himself with the waistband of his underwear, while locked up in a holding cell at the Central Police Station on the Carenage in St George’s.

However, it appears that neither the mother of Baptiste nor a large number of Grenadians are convinced that this is what really happened.

There have been calls to live programmes and comments on social media platforms demanding that the police take their hands off the investigation and allow an independent investigation, while Carol Baptiste has said publicly that she does not believe her son died at his own hands.

“When they come and pick me up I tell them I don’t want to go in the police van because they kill my son.”

Ms Baptiste has been speaking with members of the media and she said there have been a lot of inconsistencies in the information that the police have been giving to her.

She has accused the police of hiding the truth behind her son’s death last Wednesday at the police station where he was being held after a complaint of damage to property was made against him.

“The police told me when the evening shift arrived they went inside and make a check and they saw his body hanging”.

“Today (Monday) the police told me by Otway (Funeral Agency) that it’s the next person that was inside the cell that saw him hanging. I tell them that is a lie because when we ask the fella what happened he said he was sleeping he don’t know anything”.

“So I don’t know who lying, who speaking the truth, I just don’t know but some kind of cover-up business, that’s what’s going on.”

The grieving mother said the last time she saw her son alive was early that morning, he made a phone call, asked her mother for some money and told her he was going to work.

During a press conference last Friday, Head of the Community Relations Department of RGPF, Superintendent Vannie Curwen claimed that Baptiste was acting disorderly when he was taken into custody and he was stripped of his clothing and locked in the cell, as per regulations.

This precaution appears not to have worked if the police account of the incident is to be believed, that he was still able to use a piece of clothing to hang himself.

His mother said the story she got from the police last week Wednesday evening on the day her son died was different from what was announced at the news conference.

There has also been outrage from the public and blame cast on the police for not checking on a prisoner that they claim was behaving “disorderly” but Supt. Curwen said they were not in a position to judge his mental state and did not call in mental health professionals as a result.

The police top brass are tight-lipped about what internal records show regarding the time Baptiste spent in the custody of officers but Commissioner of Police Edvin Martin has said there will be a thorough investigation of the public’s crisis of confidence.

“At the moment I have not had an update on the investigation, to date, but I would expect that once this report comes through, and not that we have to wait forever for this, that there should be a chronological accountability for the activities involving the deceased, from arrival to when the observation is made and up on to the point when his body was removed from the station.

“And in addition to this I would expect a very thorough analysis of all of the actions taken or not taken and explanations to suit.”

The Commissioner hinted at the possibility that the investigation could reveal evidence that would result in criminal charges.

“We do not know where this investigation will ultimately end and so even if there were certain facts that could be stated we have to act with a sense of caution as to how far we should say anything at this stage because we don’t know where the matter may end and just in case it requires any sort of Court action, the slight probability of that requires us to exercise caution. But certainly we know this is a matter of great concern.

“…I think inside the police station should be a safe place and anyone dying inside a police station is of serious concern and I want to assure you that I take this matter very seriously and we definitely will make sure that this matter is thoroughly investigated and proper accountability by the police in treating with this matter”.

Martin said regulations stipulate that prisoners being held in a cell must be checked on every hour but that the policy of the RGPF is to do so “as often as is required” and officers are expected to respond to any sounds of distress or requests for attention from prisoners.

The cells at central police Station are located right next to the Diary area, a fact that the top cop noted while responding to questions about the frequency with which Baptiste was observed by the officers on duty.

Commissioner Martin declined to say when was the last time Baptiste had been seen alive in the cell although he said he had already been given that information.

During an account of what took place after police officers transported her to the station, Ms Baptiste said she was kept in a separate room for more than fifteen minutes before being taken to the scene where the police said her son had taken his life.

According to her account, the police made the unusual offer to her, inviting her to examine the body and offering her a pair of latex gloves to do so. She said she declined.

“And then they told me if I want a glove to put in my hand to examine the body. I told them I don’t have no need for that”.

Ravi’s mother is also questioning the truth of claims by the police that he used the waistband of his boxer shorts to hang himself.

“When I ask them to show me where he was hanging and show me the boxers they showed me about six or seven little pieces of string burst up, burst up, burst up, they tell me that’s what he hanged himself with. I say, how could this hang him? And they only ask me what undertaker I’m calling.

The family were also denied an opportunity to observe the autopsy which Ms Baptiste said has added to her suspicions surrounding Ravi’s death.

“They called me this morning (Monday) and told me they were doing the autopsy and they told me, the doctor told me I cannot come in, I cannot be allowed to be around them to do the autopsy but they want me to identify his body.

“He had a cut over his eye, he had a bruise on his shoulder and one on his leg. And up to this day the doctor never told me what happened to my son. The police told me he died by strangulation.

Ravi had been a frequent offender and just about two weeks ago he got into a physical fight with members of the police force during a Court appearance.