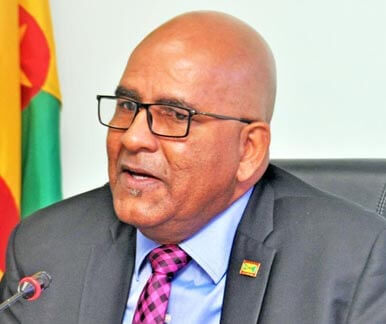 One of the island’s top female hotel managers has called on the Keith Mitchell-led New National Party (NNP) government to relook the issue of severance payment to workers in the industry especially during a pandemic period when forced lay-off can become the order of the day.

The manager who runs a leading hotel in the south of the island said that hotels will be forced out of business if they have to make severance payments to workers who are forced to be laid off during the current period of the coronavirus pandemic.

She said that severance pay is now a very thorny issue between hoteliers and trade unions and there is need for the NNP administration to step in and resolve the matter.

According to the female manager, when many of the hotels operating on the island entered into severance payment agreements with the trade unions for the employees “we were thinking of one of two people being severed a year”.

“We are not thinking of all your staff being severed and staying in business. If you are selling your business you add the cost of severance to the price,” she said.

The female manager accused the current government in the Ministerial Complex at the Botanical Gardens of doing a poor job in dealing with the severance issue now on hand.

She said that the Grenada Hotel & Tourism Association (GHTA) had brought the matter to the attention of Prime Minister Mitchell around the middle of last year and he gave them nothing but a very lukewarm response.

“The Prime Minister’s response to us was that is a tri-partite discussion,” she told THE NEW TODAY and lamented the fact that the Grenadian leader has made no moves to seriously address the issue.

According to the female hotelier, this issue is at the heart of the industrial relations dispute between Spice Island Beach Resort (SIBT) and the Technical & Allied Workers Union (TAWU) for over 200 employees.

She said the resort might have to pay on average about $50-60, 000.00 to each employee in severance payment due to the ramifications from Covid-19.

“Even if they sold the property they won’t have enough money to pay for all that severance,” she remarked.

The hotel manager estimated that SIBT might have to find between EC$5 to $10 million to hand out to its employees in Severance payment due to Covid-19.

Under Grenada’s Labour Law, employees are entitled to one week’s pay for every year in severance payment.

However, most trade unions have been able to negotiate 4-weeks of pay per year for their membership in the hotel sector.

According to the female hotel manager, as the Covid-19 experience is now showing the law governing severance payment can best be described as “not a good law”.

“It’s not a good law but it is what it is. Nobody ever considered that you have to lay off all of your staff due to a pandemic. Where the hell will you get $5 million from?” was the question posed by the hotelier.

The top manager said that some hotels have been forced to find creative ways to deal with the severance pay issue.

She named one top hotel in the south that is bringing its workforce back on the job for one week of employment and then sending them home in order to get around the severance payment problem.

In addition, she said that some businesses are no longer hiring workers on a full-time basis but on a contract lasting up to eleven months.

The manager pointed out that at the end of the contract, the employees lose the job and if they want their job back they will have to re-apply for another contract lasting the same period.

She said that under the current labour law that is not considered as continuous employment to qualify for severance payment.

“We are all going to have to do it until they change the labour laws. The current labour laws are chronically biased towards the employee.

According to the hotelier as things now stand, due to Covid-19 the hotels are now forced “to severe everybody” in the face of massive downturn in business activities.

“If you lay-off your staff and don’t bring them back after 3 months they are entitled to severance,” she remarked.

The manager called on government to get serious and address the vexing issue of severance payment in the industry.

She said the NNP regime has the Parliamentary majority to pass new legislation governing severance payment during a pandemic.

She stated that the legislation could be changed to the effect that for the duration of the pandemic that companies can lay-off the staff and that severance payment does not apply and that the business place will have “to give a guarantee that they will take them (workers) back when business picks up again”.

The manager insisted that the legislation needs to be revisited in the interest of both parties on the issue of severance payment in Grenada especially when the island emerges from the current pandemic.

She argued that the hotels operating in Grenada cannot afford to pay severance to workers in the current situation.

She acknowledged that workers need continuous employment for their own security so that they can go to the bank to get a loan and to be in a position to pay their mortgages but Covid-19 has drastically changed the situation.

“It’s a terrible system. The labour laws currently are forcing employers to do things that really are not correct. If you want job security you have to do away with that Severance liability,” she said.

According to the female hotel manager, under the existing system it means that employers will have to put aside a portion of money each month into a special bank account to be able to pay workers during a pandemic.

She said: “Nobody is working with that sort of margin these days – you can’t be putting 10% of your payroll into a separate bank account in case there is a pandemic or something else comes along. The labour laws need to be modernised. It needs to be fair to both parties – the labour laws are very much in favour of the employee. It has to be a balance between the employer and employee – it has to be fair to both sides”.