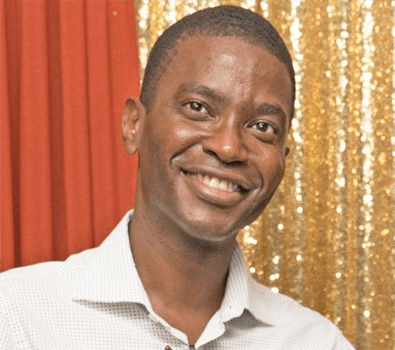 There is no harm in moving people around.

Those words were uttered by a former member of the Public Service Commission (PSC) who holds the view that the newly elected National Democratic Congress (NDC) government of Prime Minister Dickon Mitchell has latitude in transferring some public officers from sensitive positions in the service.

Speaking to THE NEW TODAY, the former long standing member of the commission pointed out that transferring a public officer is not “necessarily putting people out of a job but you move them from sensitive positions and you move them around different places.”

“All those who are working under PSC appointments, they know that they could be removed and transferred from time-to-time in a similar position. They all know that so there is no issue about them being transferred,” she said.

The ex-PSC member made the call against the backdrop of concerns being expressed among some Congress supporters over the slow pace at which Prime Minister Dickon Mitchell is effecting changes among personnel in some key areas within the Public Service and especially the Royal Grenada Police Force (RGPF).

According to the former commission member, any move by the new government should not be done to put workers out of a job as that “will be a different matter” and focus should be placed on looking “at places to transfer them.”

She felt that despite the growing uneasiness among NDC supporters with the failure of the new Prime Minister to ring the changes, it is still a bit early.

“I think with time that is going to be done. It’s just over a month going onto two months and sometimes you just have to let some of these people prove themselves,” she remarked.

The former PSC member also cautioned the new Prime Minister to exercise care and caution in handling some public officers in order to prevent a plethora of lawsuits.

“You have to be very careful how you do things and what you do and how soon and of course how you do it because you are going to end up with a lot of lawsuits like we get under the last set of people and the country cannot afford that at this stage.”

“We have pension to pay and all these things to pay – and we just can’t afford to have lawsuits to pay out $600, 000.00 and other hundreds of thousands of dollars … so hopefully he (PM Dickon Mitchell) knows what he’s doing.

She went on to say: “There might be people that you’re not sure about but you have to take it very slowly because I can tell you there are lots of people inside there (public service) that you would have thought were really close to the last set of people but they were only praying and hoping – a lot of them they have been projecting one thing but they are really not at that level.

“People who know can tell you that – some of them were so afraid but there are those who were blatant as supporters of the last people – they were willing to do anything (for NNP),” she added.

A member of the government told THE NEW TODAY that Prime Minister Dickon Mitchell is aware of those top NNP operatives within the public service and has a plan to handle the situation at the right time.

The ex-PSC member also addressed concerns raised by some diehard NDC supporters over the decision of Prime Minister Dickon Mitchell not to appoint a new Cabinet Secretary and to allow Ruth Rouse to remain in the post.

She said there is nothing much to fear about Rouse who served under the previous Keith Mitchell-led New National Party (NNP) administration as she is soon due for retirement from the public service.

She said that this has been the norm in the PSC over the years to do that for most public officers who are acting in a position to confirm them in the position on the eve of their retirement from the service.

“As a PSC, we don’t tell them anything more than that – if they don’t get the qualification after a time – we had two options in front of us – you either renew the contract when it’s up and give them the same conditions or you don’t review it if they didn’t get it.”

“Those who have been acting in a position for a long time, the law of justice requires that you don’t turn it back after a certain time. So once they reach retirement age you just give them the confirmation because they’re going out.”