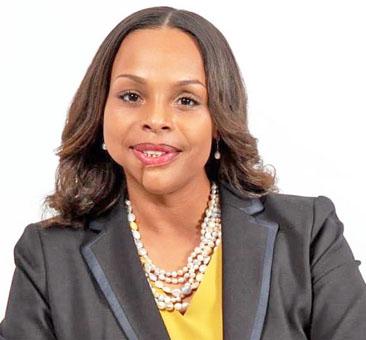 The Corporate Affairs and Intellectual Property Office (CAIPO) in St George’s has taken full responsibility for what it terms misinformation provided to attorney-at-law Johanan Lafeuillee of the law firm CARICOM Attorneys-at-law.

The lawyer is representing Franklyn and Danielle Comissiong, local investors in the Mt Cinnamon resort.

The couple is seeking to rescind their lease and recover their investment, but weeks before a court hearing it was announced by Prime Minister Dr Keith Mitchell that Port Louis and Mt Cinnamon had been sold at a cost of US$350m.

Last May and into June, Lafeuillee commissioned a search for Joyau des Caraibes II Ltd (JDC II) and it turned up no registration for the company in Grenada. This was revealed in a virtual press conference last week Tuesday (11 August).

The lawyer said she has documented evidence that several staff members at CAIPO searched the index book, computer system and vault, but found no record of the company’s registration.

She was advised by CAIPO to check with the Grenada Authority for the Regulation of Financial Institutions (GARFIN) to find out if JDC II was registered internationally.

Following the press conference, online news site Now Grenada published an article with a copy of a registration certificate, showing that JDC II had been registered in Grenada since October 2019.

Lafeuillee wrote to CAIPO for an explanation and Registrar Anette Henry apologised profusely for what she said was misinformation provided to the attorney.

In email correspondence to Ms Lafeuillee on Monday, the Registrar said, “The Office of the Registrar apologises for the misinformation that may have been given to you regarding the non-registration of the Company in June 2020, which we regard as “human error”.

She also said that the Registrar and staff of CAIPO are resolute in providing yeoman service to its stakeholders and citizens of Grenada, in ensuring that the process of registration is done in accordance with the relevant Acts, and that each file is securely kept and retrieved for search upon request.

The lawyer says her clients have accepted the apology, but this does not take away from the many other concerns regarding how the sale of the property was handled. These concerns include the failure of the Mt Cinnamon owners to report to the court on rental income from the Comissiongs hacienda since 2013.

Mt Cinnamon’s lawyers had told the court that the proposed sale would not have been completed before the end of 2020, and so far have not provided any details on how the sale will affect the Comissiongs.