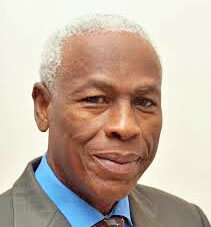 The Cabinet of Ministers in Grenada is said to be fully behind the decision by Prime Minister Dr. Keith Mitchell to not provide a second round of stimulus money to Grenadians struggling to cope as a result of the impact of the novel coronavirus.

Works Minister Gregory Bowen said Tuesday that an earlier announcement by Prime Minister who is also the Minister for Finance that the stimulus packages will not be renewed, remains in effect.

The government has announced a drop in revenue of $182 million and Bowen said there is just no money to continue the stimulus programme.

“The Cabinet is well behind the (Prime) Minister’s pronouncement that we cannot do it,” he told reporters at a Post Cabinet news conference.

Government had offered $20 million to the hotel and tourism sector and affiliated businesses and the National Insurance Scheme has been paying out an additional $10 million to 5000 people.

The support was offered for three months to cover the period when Grenada remained on lockdown and most people were out of a job.

If there is a big increase in revenue in the coming months or if the government is able to source grant funding it may be possible to resume the stimulus programme.

However, Bowen made it clear that the Cabinet of Ministers is unanimous in their support for an end to stimulus support at this time.

“Yes, the Minister of Finance has the blessing of Cabinet,” Minister Bowen said.

“We want to help but we can’t. We could reverse it if things get better and if we go out there and as usual we get a lovely grant as we continue to seek, we can reverse it.

“But there is no way, with $182 million decrease in revenue that we can do a lot of things and there are some things that we must do, health (is) critical, education for our children, our needy people out there. We must keep the social network programmes going.”

Since the COVID-19 outbreak disrupted normal activity in the country, unemployment is said to have skyrocketed.

The tourism industry, which accounted for more than 77% of Grenada GDP, has virtually stalled and scores of hotel and restaurant workers have found themselves jobless and dependent on the government stimulus to survive.

The deepening economic crisis is also affecting the government’s ability to meet its own payroll commitments to the public service.