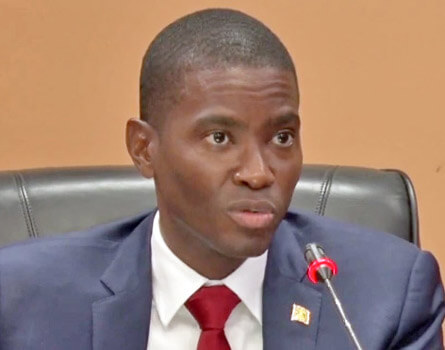 The new Grenada Cabinet has begun the process of selecting persons to sit on the Board of Directors of statutory bodies.

This was disclosed Tuesday at the post-Cabinet press briefing by Prime Minister Dickon Mitchell who came to office one month ago following the victory at the polls of the National Democratic Congress (NDC) over the New National Party (NNP) of defeated Prime Minister Dr. Keith Mitchell.

“We have begun to fill some of the critical boards that are required to ensure the smooth functioning of the government,” PM Mitchell told reporters but chose not to disclose the names of the new directors.

“While I am not going to disclose the names of the persons who are on the boards just yet, simply because that process began in earnest (Monday) at Cabinet, I can indicate some of the entities for which boards have been selected,” he said.

Prime Minister Dickon Mitchell said: “We expect to fill those positions in the coming weeks, and once that is done, the requisite gazetting of the notices will occur.”

So far, 1007 persons have responded to the call by the new administration to serve on state-owned enterprises, statutory bodies, and other committees in the country as part of the transformational agenda of the Congress regime.

PM Dickon Mitchell said his government has commenced the process of filtering the 1007 expressions of interest, which were received through an “expression of interest portal” that was launched on social media last week Thursday.

According to the Prime Minister, 73 of the applicants reside in the United States, 17 in the UK, 14 from Canada, 11 from Trinidad and Tobago, six (6) from Barbados, and five (5) from St. Kitts and Nevis, which reflects that they are very talented, experienced, and highly qualified Grenadians, who should be given the opportunity to serve.

He stated that the NDC regime is “taking the policy decision as much as we can to reserve at least one-third of spaces on government boards or statutory bodies, where we can do so, to be filled by persons who have taken part in this process of expressing an interest to serve.”

However, he was quick to point out that “we don’t have 1,000 positions to fill and so, naturally, not everyone who has expressed an interest will find themselves being offered or given an opportunity to serve on a board or a state-owned entity as the case may be.”