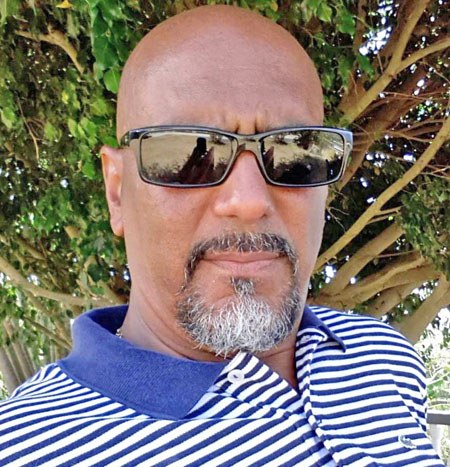 Byron Campbell – is back on the GCNA Board

Former Chairman of the Grenada Co-operative Nutmeg Association (GCNA), Byron Campbell who is returning to the Board of Directors of the commodity body for another stint believes that he can make a worthwhile contribution in the development of the industry.

In an exclusive interview with THE NEW TODAY, Campbell who served on the board of the association for 10 years before, two as Chairman, said that the industry is in a precarious position at the moment and he can use his experience to make a contribution.

“I accept it (the position) on the basis that I am a student of Management. I understand management and I think the association right now is not in very good shape. I have an MBA from UWI. I understand the industry, I have served on the board before, I am a farmer in my own right,” he said.

According to Campbell, who is also a member of the Grenada Cocoa Association (GCA), the nutmeg association currently has a huge overdraft of over $4 million based on the last figures he has seen and that needs to be urgently addressed.

“I am concerned about the livelihood of the small farmers particularly that depend on the industry,” he added.

The Ex-GCNA boss recalled that during his tenure as Chairman there was a surplus of 15 million dollars in the industry but the farmers wanted everything and the association was prevented from retaining any of the money for investment or price stabilisation.

Campbell denied reports circulating in some industry quarters that he was part of a government move to take over the GCNA Board and to remove the outgoing Chairman, Leo Cato from the position and to put in his place a more suitable person in sync with government’s agenda for Merger of GCNA and GCA and Liberalisation of the industry.

He said he accepted the invitation to serve but did not receive any instructions from government with respect to leadership change within the Board of Directors.

He added that the direction in terms of the Chairmanship will have to come from the majority of the six members who were elected by farmers at their recent Annual General Meeting (AGM) and not the three government nominees.

Campbell acknowledged that the government nominees might be able to influence the selection process but cannot determine the Chairmanship of the association.

He said that Grenada’s nutmeg is important for farmers and he intends to take the task assigned to him with a responsibility and “I am going to be professional about it”.

Saying that change in leadership and management is good, Campbell said: “I have not been instructed or otherwise to influence the change of the Chairmanship of the board. The last thing I know is that the Chairmanship has been in very good relationship with the government.

“If there is a move to change that – I don’t think there is a move – but I have not been instructed or informed. As an individual I think change is good – it’s dynamic. I don’t see any problem in change, I welcome change if there is change,” he told this newspaper.

Campbell said he believes that what the government should seek to do with its 3 representatives on the GCNA board “is to appoint people with certain knowledge skills-set to the board to compliment the farmers’ representatives there to work in a team in unity”.

“I am not going in there with any conflict or any pre-disposed position. I want to learn, I want to listen and I want to be part of a unit in terms of management of the industry for at least one year,” he remarked.

Campbell said that he supports in principle the government’s position on the merger of GCNA and GCA but felt that liberalisation of the industry was much different.

“I think we have to be very careful,” he said of the announcement from Prime Minister Dr. Keith Mitchell that the plan of government is to liberalise the industry and open it for international competition.

“We have to understand and study the international commodities market. We cannot run into this (liberalisation), we have to be very, very careful,” he added.

Campbell said it is important to start the dialogue for liberalisation but “we need to be cautious”.

“We also need to take all the stakeholders’ interests and concerns on board,” he said and most importantly, “we have to understand the spice industry.

Campbell was asked to comment on reports that about 3 years ago, the government was forced to withdraw his name along with Leonard St Bernard to serve as Directors on the GCNA governing board in the face of stiff opposition from farmers.

He said: “That is correct. We were nominated on the board. I am not particular with the details. The government says, look, we have to review this, it was reviewed and we were not there.

“I respected that because we serve at the pleasure of the government. So if the government decides after a month or two months we have a change of mind – that’s fine and I respect that.

“I think the industry is in a very precarious position – I think we can do better. I go there to lend my support and most important is to take on board the interest of the stakeholders – the farmers, government – all who is concerned.