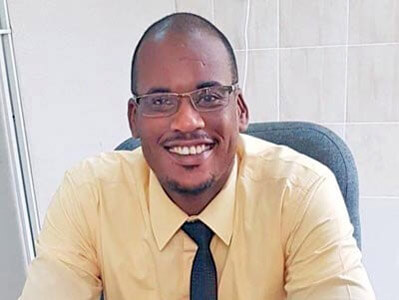 Brian Grimes – the current President of the Public Workers Union

Many people ask me as a union leader to choose a political side and back them. I will not do this, not because I do not believe in choice but because I understand the members we represent are of a variety of political lineage. However I would like the following to be considered:-

(2). Which party is claiming it is a THREAT to make Public Officers permanent en-masse?

(3). Which government reneged on a signed MOU with unions after they regained power in 2018?

(4). Which government promised Oil and Gas to transform our economy as we know it and became mute to the topic after ascension to power?

(5). Which government has a history of fighting with Public Officers, forcing them to take to the streets practically every salary negotiation cycle?

(6). Which party passed a law for Parliamentarians to get pension and neglected to do so for the workers they have a responsibility to care for?

(7). Which administration has inculcated fear in the Public Service with the normalisation of Victimisation?

(8). Which government has allowed SGU to run roughshod over the rights of its citizens to decide what chemical enters their bodies?

(9). Which party has seen the progressive increase of abject poverty in Grenada by virtue of them holding the reins of power for the longest?

(10). Which government has refused to adjust minimum wage over the past 9 or more years?

(11). Which government supervised the economic deterioration of our lone tertiary institution in Grenada (TAMCC)?

(12). Which government routinely refuses to honor court judgements and has a laundry list of lost cases based on constitutional violations?

(13). Which government dubs “youth empowerment” keeping young people in a temporary position for over eight (8) years?

(14). Which government finds $200 million dollars quickly to give to a foreign investor (WRB/GRENLEC) but will squeeze a $1 to give a Grenadian worker?

(15). Which government has the most female ministers but has the most underpowered female workforce as can be seen by the treatment of nurses, cooks, cleaners and caregivers?

(16). Which party focuses on revelry and entertainment and shirks serious discussions on the political platform?

(17). Which government has had the longest structural adjustment program in the history of Grenada?

(18). Who promised National Health Insurance years ago with no implementation in sight?

(19). Which government is institutionalising CONTRACT FOR SERVICE which is injuring the revenue collection capacity of the National Insurance Scheme (NIS)?

(20). We are on the verge of institutionalising road work. Is this progressive?

Who is attempting to do this?

The above are genuine questions to interrogate our pathway to national development. The naysayers will say I am campaigning but will ignore the core of these important questions.

I will not dictate who one should support or vote for but I encourage all to stay enlightened.