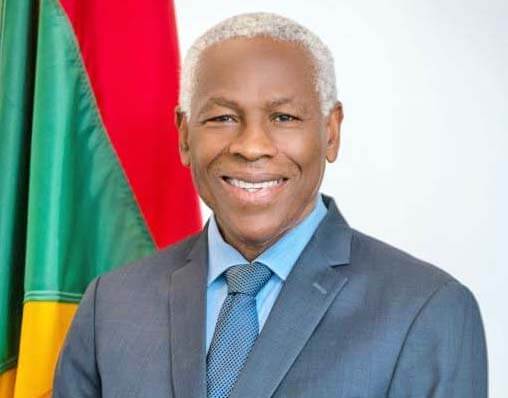 With general elections constitutionally due in the next 19 months in Grenada, the Keith Mitchell-led ruling New National Party (NNP) government has signalled its intention to seek another 5-year term in office with a relief budget for the population to cover the 2022 fiscal year.

The EC$1.3 billion budget that was presented Friday in the House of Representatives by Finance Minister Gregory Bowen is intended to leave more disposable income in the hands of Grenadians who have been battling against economic and financial hardship brought on by the coronavirus pandemic since March 2020.

Minister Bowen, the number two man in the regime, announced several measures to deal with rising electricity and fuel cost, as well as monthly increases for the poor and vulnerable in the budget that was presented under the theme, “Towards Vision 2035: Protecting Lives, Safeguarding Livelihoods, and Investing for Growth and Resilience”.

He told the joint sitting of Parliament that the rising cost of fuel and increased transportation costs have contributed to significant increases in the cost of “this basic commodity” to the people of Grenada, Carriacou & Petite Martinique.

“As part of 2022 fiscal relief measures, Government will zero rate the VAT on electricity consumption for domestic consumers with usage up to 500 kilowatt hours (kWh). Government will also remove the Environmental Levy (EVL) for this category of consumers, whose usage does not exceed 500 kWh. In other words, Mr. Speaker, domestic customers consuming up to a maximum of 500 kWh per month, will be relieved of Government charges on their electricity bills,” he said.

In addition, he disclosed that due to the expected rise in the price of fuel there will be “a reduction of 25% on the non-fuel charge per KWh” to be instituted for all categories of consumers to take effect in the next billing cycle.

“Government’s ability to initiate these relief measures in the electricity rate is only possible because the Government of Grenada, now has controlling shares in our lone electricity company,” he said.

This is an obvious attempt to defend the US$65 million that the NNP administration was forced to pay to the Florida-based company, WRB Enterprises to repurchase its majority shareholding interest in Grenlec after losing a case before an international tribunal just over a year ago.

In the face of rising fuel cost, Minister Bowen announced that Government will implement a cap of $15 per gallon on gasoline and diesel, effective when the next petroleum price change is announced on December 18.

The senior government minister also disclosed that VAT will also be exempted on several other items like Saltfish, Turkey parts, Split peas, Vegetable cooking oil and Cheddar Cheese to join the list of other existing basic food items such as rice, flour, sugar, bread, ground provision, vegetables and fish, with effect from January 2022.

“…These initiatives impose a tremendous burden on the part of the Government, but we are convinced that this is the appropriate course of action and one which will stimulate more activity in the local economy and fuel the recovery process,” he said.

The Finance Minister also highlighted in the budget a Christmas bonus for police officers and nurses who were in the frontline of the battle in the past 20 months against Covid-19 which has resulted in the loss of 200 lives in Grenada.

Bowen told Parliament: “Our pledge today is to show appreciation in a tangible way. Mr. Speaker, I therefore announce that all frontline public sector workers defined as all officers of the Royal Grenada Police Force, along with medical personnel and ancillary workers in the Ministry of Health, who physically performed and continue to perform, and by virtue of their duties, were exposed to the risk of COVID-19, will receive an additional month’s pay during the month of December.

“This is a token of Government’s immense appreciation for your selfless service in leading this crucial fight against COVID-19.  We acknowledge the tremendous sacrifices made in helping to keep our beloved country and people safe. We thank you and we applaud your efforts,” he told Parliament.

“…There are many other categories of workers across the public sector, who augmented the duties of the frontline personnel previously identified, playing an integral role in executing the additional responsibilities required for the protection of lives and livelihood during the pandemic. These workers, Mr. Speaker, will receive similar reward based on established criteria,” he said.

Bowen also told the joint sitting: “Government is convinced that our public officers are deserving of such recognition and reward, for without their committed service, a challenging period in our country’s history would be made, even more difficult.

“Government recognises the hard work and dedication of many other public officers. As such, all other workers in the public sector, who consistently performed duties from the onset of the pandemic to date, will receive an additional half month’s pay in December.

“Mr. Speaker, these initiatives would obviously temporarily increase the Government’s wage bill, but we believe that these tokens of our deepest appreciation are warranted at this time.

“Mr. Speaker, we are well aware that the pandemic has created a financial challenge across many sectors, but we want to encourage, statutory bodies and private sector entities to also consider sharing a small token of appreciation with their employees this Christmas”.

According to Minister Bowen, there will be a deficit of EC$98 million to finance the Capital budget for the next fiscal year but the funds have already been identified.

“I am pleased to indicate that due to our fiscal responsibility and the tremendous sacrifices made by the people of this country, we have already identified the funding to fully close this gap. One of the key sources of new external loan disbursements is a budget support operation with the World Bank to the tune of US$25 million or EC$67 million, which will become available in the first quarter of 2022.

Minister Bowen told Parliament that under the allocation, $97.1 million is earmarked for the Ministry of Health for 2022, an overall increase of $2.2 million from 2021, as well as EC$20.9 million to support recovery of the hospitality industry in tourism.

In addition, the Ministry of Education and Human Resource Development will get $133.5 million, an increase of approximately $10 million over 2021.

During his budget presentation, Minister Bowen also announced a series of increases to assist the poor and needy in the country.

The Finance Minister told Parliament that government expects hundreds of additional jobs will be created from a number of private sector jobs especially in agriculture and tourism which should come on stream in 2022.

Minister Bowen pointed out that since the coronavirus pandemic, some 13,603 jobs have returned with the unemployment rate falling from 28.4% in the second quarter of 2020 to 16.6% in the corresponding period this year.

However, he said that despite the considerable improvement in the unemployment rate, the fact is that “many of our citizens are still without work and continue to face severe hardship”.

On the rebuilding of the much-talked about Simon Culture Centre, a showpiece of the NNP in the upcoming election in the critical St Andrew parish, the Finance Minister announced that work will start before year-end on the project.

He said: “…Bids for the reconstruction of the Simon Cultural Centre are currently being evaluated. An award of contract by the Procurement Board is expected soon and the aim is to start construction by the end of this year. A sum of EC$3.0 million has been allocated in the 2022 budget, for the construction works on this project”.

The Finance Minister also used his Budget presentation to address concerns raised by newly elected Political leader of the main opposition National Democratic Congress, attorney-at-law, Dickon Mitchell about the NNP’s failure to give account of funds raised through the sale of Grenadian passports and lodged into the National Transformation Fund (NTF).

Bowen said: “Mr. Speaker, there is a concerted effort to create the perception that there is no accountability and transparency in the use of NTF resources. This is very far from the truth. All NTF spending is approved every year in this Honourable House and is included in the Estimates of Revenue and Expenditure.

“Further, Mr. Speaker, the NTF regulations are clear on the setting aside of 40% of all NTF resources for emergencies and debt reduction. It begs the question therefore, “is there really a lack of transparency and accountability in the use of the NTF resources, or is there an ulterior motive to discredit the astute management of the country’ financial resources?”

On the performance of the passport scheme known as Citizenship By Investment (CBI), Minister Bowen told Parliament that despite a sluggish start this year, it has strengthened significantly in the second half of the year and interest in the programme remains strong.

He said: “As at the end of October, 437 applications were received, compared to 303 for the corresponding period in 2020. The majority of these applications are based on approved projects, while 170 are related to contributions to the National Transformation Fund. Total receipts under the CBI Programme as of October 31, was US$30.6 million.

“Mr. Speaker, Government continues to make determined efforts to improve the performance and operations of the CBI programme, ensuring that its integrity and reputation are maintained. Improved operational efficiency will reduce processing times for applications and generate greater financial resources”.

“Additionally, Government will take on board the recommendation to expand the priority sectors supported under the CBI Programme”.