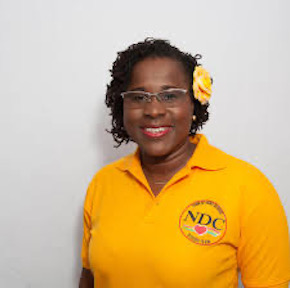 Grenada witnessed its first act of violence on Monday night as campaigning continues islandwide for the June 23 general elections.

THE NEW TODAY was told that missiles were pelted at a meeting of the main opposition National Democratic Congress (NDC) held in The Bocas in the St George South-east constituency of Deputy Political Leader of the ruling New National Party (NNP), Finance Minister Gregory Bowen.

Accountant Phillip Telesford is challenging Bowen, the Number Two man in the administration for the seat which the incumbent has held since the 2013 general election.

An official of the Congress party said that attorney-at-law, Claudette Joseph, the NDC candidate for the town of St George was sharing the platform with Telesford when the violent act took place – the first of its kind for the upcoming general election.

He said the NDC continued with the meeting and that the incident was reported to the Royal Grenada Police Force (RGPF).

In a Social Media posting this morning, attorney Joseph said: “Just encouraging comrades to be vigilant and stay safe. Last night while I was speaking on Phillip T’s platform in SGSE, 2 Carib bottles were pelted at me. Thankfully, both missed. The culprit ran into the night but appeared to be female. Be safe out there guys, people are getting desperate. Indeed, they are desperate.”

The election campaign in Grenada has been rather peaceful to date and at times supporters of both parties can be seen hugging and dancing with each other openly in the streets.

However, both NNP and NDC have been complaining about vandalism of their electioneering paraphilia, especially destruction of posters and sporadic attacks on some billboards.

Both parties are said to be confident of victory at the polls in the election which the 75-year old Prime Minister Mitchell has described as his last and has been pleading with the electorate to “give me one for the road.”

Congress has been managing to attract large crowds at its rallies due to the growing popularity of its leader, 44-year old attorney-at-law, Dickon Mitchell.

One party official has described the impressive showing of NDC in the campaign as “The Dickon Mitchell show.”