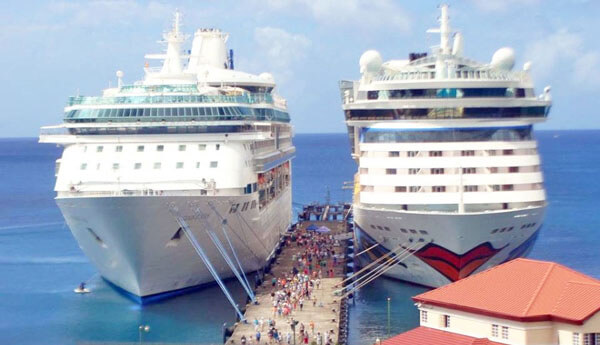 A major player in the water taxi business on the island has accused the ruling New National Party (NNP) government of Prime Minister Dr. Keith Mitchell of seemingly without a national development plan to revive the island’s economy that has been ravaged by the coronavirus pandemic.

The operator who spoke on condition that he was not identified said that nearly one year after the pandemic disrupted life in the Spice Isle, he has seen no signs from government about its seriousness to resuscitate the economy including the cruise ship business.

He called for the administration in the Botanical Gardens in Tanteen to get the students of St. George’s University (SGU) back on the island to help spur economic activities.

He said that 60% of Grenada’s tourism industry is centered around the presence of the SGU students and that several Grenadians have invested heavily in properties for rental to these students and the business owners are now in deep financial difficulties with their mortgage payments.

He identified those businesses that depend heavily on the presence of the SGU students on the island as supermarkets, vehicle rentals, apartments, Grenlec, NAWASA, Gardeners, Security companies, taxis, bicycle and motor cycle rentals.

“We need to get those students back here and we need to come up with a plan on how to safely repatriate them,” he told THE NEW TODAY.

There are unconfirmed reports that SGU is targeting the summer as the earliest date for the possible return of the students.

According to the source, the Mitchell-led government is apparently not pushing the school to do anything on the resumption of on-island classes for the medical students and that those running SGU are not too bothered as they continue to make their money through online courses offered to the same students.

“…We have a vested interest in pulling these people back,” he said.

The water taxi operator stated that there is nothing happening in the cruise ship industry at the moment to bring hope to those who depended on it over the years for their livelihood.

He said that about 2 weeks ago, he heard that the Miami-based Carnival Cruise Line had announced that it took a decision to continue its suspension of operation until Spring which is around April to May.

He stated that Carnival had earlier disclosed that by early January 2021 it hoped to begin sailing once again but that has now been pushed back for another two to three months.

However, he said that the cruise ships will not be visiting Grenada and the Caribbean any time soon as the plan is to kick start the industry with sailing to Louisiana, Texas, Galveston and a couple other ports in Florida and around the Gulf ports of the United States and then extend it to Los Angeles, San Francisco and other ports on the West coast.

“We are not going to see anything down here until the winter if not next year (2022). We are in for a rough time”.

The water taxi operator took issue with the Mitchell-led government for sending out US$63 million dollars from the local economy to pay U.S Company WRB Enterprises for its majority shareholding interest in Grenlec.

He said it was better to spend the money on persons who are working in the tourism sector because it would have stayed on island and circulate in the local economy and that this EC$200 million left “the economy at the worst time.”

Prime Minister Mitchell has pointed to the construction of three hotels to provide employment for locals in 2021 and to give a boost to the local economy.

The Grenadian leader has been under fire from critics for paying lip service to agriculture which was the dominant sector in the Grenadian economy in the 1970’s and 1980’s.