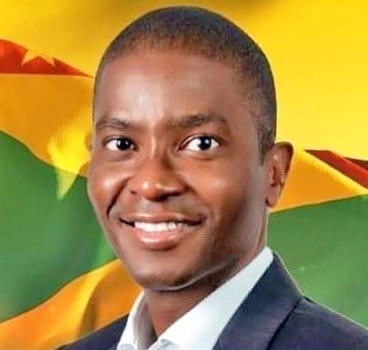 Prime Minister Dickon Mitchell – is pushing ahead with the promise

Prime Minister and Minister of Finance, Dickon Mitchell is optimistic that the just-ended campaign promise to pay bi-monthly salaries to government employees can become a reality within the next six (6) to eight (8) months.

The newly elected Grenadian leader provided an update on the initiative during the weekly post-Cabinet media briefing in St. George’s approximately three (3) weeks after leading the National Democratic Congress (NDC) to victory in the June 23 general election to form the new government.

According to PM Dickon Mitchell, a “preliminary response (on the initiative) from the technical team (within the Ministry of Finance) is that we believe that we can achieve putting this in place in the next six to eight months.”

However, he noted that the choice of the payment of salaries will be optional for the private sector.

“From a government perspective, we want to be able to move the timeframe by which government employees are paid monthly to bi-monthly because as we have indicated, we certainly think that would help employees in particular with cash flow and managing their financial affairs,” he said.

The Prime Minister explained that “from a legal framework, what we are hoping to do is to ensure that there is flexibility in the labour market while at the same time setting out minimum standards to ensure that no employee works for beyond a month without being paid.”

“…We want within those 30 days to provide, particularly to the private sector, flexibility where employees can be paid daily, weekly, bi-monthly, or monthly, as the case may be,” he said.

“…We certainly want to give employers and employees the options of this choice because we think the flexibility would be required to ensure that we do not in any way stymie economic development and we encourage flexibility within the labour market,” he added.

“…We are looking forward to being in a position to implement this within a six (6) to eight (8) month period while at the same time guaranteeing that there are minimum standards in terms of length of time within which an employee must be paid (and) providing flexibility for particularly the private sector,” PM Mitchell said.

Former Prime Minister Dr. Keith Mitchell had promised to introduce bi-monthly salary to public sector employees over a decade ago but did not introduce it on the grounds that the Technical Staff in the Ministry of Finance indicated that it was not practicable to put the machinery in place.

Some private sector businesses, especially those involved in the construction industry have been paying their employees bi-weekly for several years.