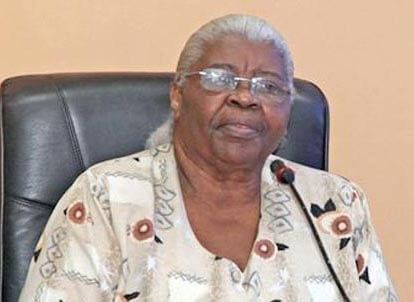 The calls are mounting for new Prime Minister Dickon Mitchell to pay close attention to the so-called independent body known as the Public Service Commission (PSC), which is chaired by former Cabinet Secretary in the Cabinet of defeated Prime Minister, Dr. Keith Mitchell.

Two senior public officers including a senior member of the Royal Grenada Police Force (RGPF) has raised concerns about the commission which is dominated by members who are considered to be close allies of the former New National Party (NNP) administration.

One officer called on Prime Minister Dickon Mitchell to request a freeze on all appointments in the PSC until the term of the Commission expires in November and a new body is appointed.

“The PSC is supposed to be an independent body but we know otherwise,” he said.

Speculation is rife in some quarters that the newly elected Congress government might approach Governor General Dame Cecile La Grenade to request the removal of Isaac and two other NNP-appointed Commissioners – Prescott Swan and Naomi Jeremiah in the national interest.

The senior public officer took a swipe at Isaac who is the head of the PSC.

“Beryl is very smart and she knows the service so PM Dickon (Mitchell) has to be very careful of her cunning ways as she may seek to try to remain in that office when she was illegally appointed,” he said.

“The lady walked out of the Cabinet Secretary post on the Friday and the Monday she was sitting on the Chair as PSC Chairman. That was wrong, wrong, wrong and unconstitutional to say the least. It was an insult to Public Officers who were already suffering under her pen,” he added.

According to the senior public officer, the new rulers should do everything possible to remove Isaac as head of the commission which is responsible for looking after the affairs of civil servants.

“He (Keith Mitchell) is gone but she will frustrate the process of getting the Government’s transformation done,” he remarked.

Like the senior public officer, the high-ranking member of RGPF suggested that the new Prime Minister should focus some attention on the commission as a matter of priority.

He said that a number of police officers who were deemed not supportive of Mitchell’s NNP regime were victimized on suspicion that they are aligned to the then main opposition congress party.

“What has been happening is that NNP supporters (in RGPF) have been afforded benefits by short order confirmation, accelerated promotion while being directed to suppress those who they believed to be NDC supporters,” he said.

The senior police officer cited the case of Inspector Raymond “Beast” Matthew who has often been overlooked for promotion and that for almost 5 years is awaiting confirmation in his rank.

“I believe this new administration can take a hard look into all those promotions that are believed to be questionable and not justified and remedy the situation.

I believe Beryl Isaac has been planted (in PSC) as an engine to support Keith Mitchell’s grand plan he had developed for Grenada.

“One must be cognisant that the plan will always be alive and if this team (NDC) fails to recognise that then the intentions of that plan will continue to work to the benefits of Keith Mitchell’s objective and this team may soon find itself in a precarious position and begin to lose steam similar to 2008-2013.

The police officer called on the new NDC administration to guard against that possibility and to avoid talking about no victimization as this position “may be just what the Keith Mitchell plan is designed to do to his benefit”.

“This (NDC) team must be careful not to violate the trust of the people as that may likely cost them (the next election) if they engage in unnecessary compromise,” he said.

Prime Minister Dickon Mitchell has stated publicly that he intends to use the merit system to determine whether some appointments were appropriate in the public service including the Police Force.